Sadly this cheat table doesn't work for me. It doesn't matter what features I try, It will freeze and crash my game immediately.

Good day, do not work Instant Reforms in the game for the Yellow Turban
Top 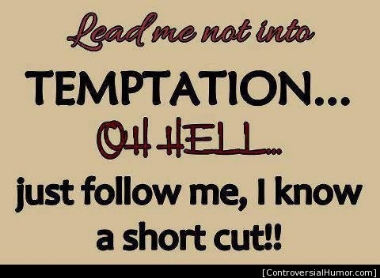 Yeah, I got a few DRM fail errors while loading battles. Not sure if it is caused by table though.
Top

Did you have those enabled when entering battle? I played for several hours straight without any crashes so not sure what's up.
Top

I guess don't use it on multiplayer. It's working on single player campaign. It'll probably crash because its on multiplayer. Also, Does anyone know how to like edit a general or champions stat and all that? like the age, cunning, instinct, etc. Rather just have that than the Godmode. Thanks STN for the table.
Top

Yeah, getting "DRM Fail" now whenever I have to load with the table (load into battle, out of battle, from save, etc.). Thanks though STN, I'll try and mess around with it to see which specific option is causing it.
Top

instant reform is not working while using the Yellow Turban
Top

I have so far only gotten DRM Fail when I had the table running and I quit to menu and started a new game. Just started up the game again and no problems.
Top

Update: Updated the script above to only work for the player's faction.
Last edited by maximus_erectus on Fri May 24, 2019 7:02 pm, edited 1 time in total.
Top

Has anyone tried looking at hacking the attributes? Also wondering if we can get a instant reform for yellow turbans since yellow turbans tech tree behave more like traditional total war tech tree.
Top

Attached a quick table I made that has the following options:

Update (2020/03/24):
Updated infinite reforms and trustworthiness editor.
Made some slight adjustments to character satisfaction to hopefully resolve issues.
Update to completely fix the character attribute editor will be released later this week.

thorxic wrote: ↑
Fri May 24, 2019 1:34 pm
The morale options don't seem to work for me. Could someone post a demonstration video of how to do it and show that it actually works?
I've tried following the instructions to the letter.
Or perhaps I should just wait for Godmode.

Thank you for the demonstration.
Yet it seems that the enemy doesn't rout due to the option. If you hover your mouse over the actual unit on the ground it will tell you that they are eager etc. and not rout, even if they are fighting. It doesn't seem to have any effect.

And yes I do note that the morale value goes to zero, but it doesn't quite seem like its causing anyone to rout. At least not instantly.. I had the option on like you did, on a unit in combat for a good minute without it routing.
Top