Simple table for ROMANCE OF THE THREE KINGDOMS 13, may or may not work.


V1004
1. Stats Limiter Removed (To Update: Perform Activity).
Removes Stats Limiter for most activities. Does not affect Officer Info Display which is still limited to 100.

can you make tables for the new english puk version? its ok if it takes a long time to do, but pls consider to make it
Top

Knight3423
What is cheating?

Would love to see an update to this for the puk. Much thanks.
Top

Shinkansen, thank you so much!

Those are awesome cheat tables. Can you please do one for the Power Up kit(Steam has Romance of the Three Kingdoms 13 Power Up kit). Trying to figure out the cheat that makes 1 day action, you know when doing a mission, banquet or task instead of 20 or 10 days it takes only one day. Again thank you so much for the tables those are some mad CE skills, wish I learn them too 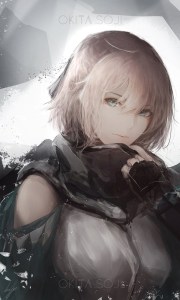 So no god mode for campaign map?
Top

This table is one of the most complete I ever used.

You just have to edit the commander LEA and WAR skills, then edit the numbers of troops to max (50 000 I think).
You'll win more than 10 battles successively. Even more if you edit the morale and supplies (just lock the numbers but be careful not to mouse over ennemies units).
Top

I used this table all the time before PUK. Is there gonna be an updated PUK one? Some still work but not all
Top

@LarabeJR not just this one, all his cheatable is amazing,
Top

Any possibility of an update for PUK? The table is currently crashing the game when I tried to see if it'd work.
Top

what i really need is the ability uncapper feature
Top

Anyone ever figure out the code for 1 day task in Power Up kit? >_< The code where it takes one day to finish a mission, banquet or quest. If someone found a way to do it please post pretty please

Dsubzero wrote: ↑
Sat May 27, 2017 3:56 am
Anyone ever figure out the code for 1 day task in Power Up kit? >_< The code where it takes one day to finish a mission, banquet or quest. If someone found a way to do it please post pretty please

Ahgg I've been trying to update this table myself and failed miserably (I want the one day completion as well). But I give up. I went through cheat engines tutorial but I suck when it comes to coding. Ah well I gave it a try anyways. Hopefully Shinkansen will update. His tables are amazing (Way of the Samurai 3 had everything imaginable!) so I'm really looking forward to it. But I'm patient about it. Take your time Shinkansen! I, and others here, appreciate what you've done so far!

FYI for the PUK there's an ingame editor that can modify static values i.e. stats, skills, bonds, cities, etc. Alternately, you can use Van's (vbvan?) editor (google San13EditorPK) to modify those + some stuff the ingame editor can't (either attach to a running game, or open a save game).

Doesn't help for the battle stuff though
Top

I updated Shinkansen's table for the PUK, it only contains officer and unit stat uncapper though (your base WAR, INT, POL, GOV can go beyond 110 up to 255, your unit INT, LEA, WAR can go above 200). should work with the current steam version.