This game is a unique take on the Bloons franchise.
If you played Bloons, you know what to expect, just with a story around it.
If you are a kid, or have kids, most of the characters should be familiar to you from the cartoons they air on TV.
I myself found the Bloons games very repetitive, hence my favourite has always been Bloons: Monkey City - that had a strategic component around it and a lot of variety.

Anyway, I took it out for a spin and it seems okay.
Not great, but interesting enough to invest a few hours into it.
I attached a table with a script, which gives you:
- Min. cash; as name suggests, it gives you a min. budget during the Simulation.
The script uses fixed offsets right now, meaning that it will most likely break in the next update.
You would do well to play offline only with the cash hack - or get yourself banned for doing so.
If you do get banned, I am curious what you did when it happened, so post it here or PM me in case you don't want it posted for everyone to see.

There is a CryptVarSimple class in there, too. Pretty much the same as CryptVarInt32, except the byte sausage represents a float.
I have not really found any value yet that's a float and worth hacking though - they are either doubles or ints.

That said, enjoy the cash hack while it lasts, I don't think I will be updating it... 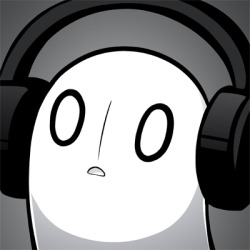 Any chance you could add Cosmic Essence to this list? I tried doing it your way but I couldn't get the values to stick.
Top

It has not worked since version 1.5.1.
Please fix it. Thanks so much

This game has an online competitive component (since the Martian thingie has been added), so I won't be publishing any more hacks for it for sure.

It's a Unity game, so it' easily hackable to smithereens.
Everything you need to create your own hacks is up there in the original post.
Go, get yourself banned, but leave me out of it.
Thanks!
Top

Could someone lend me a hand to find the intial value of cash?

In tracer I do righclick expand all