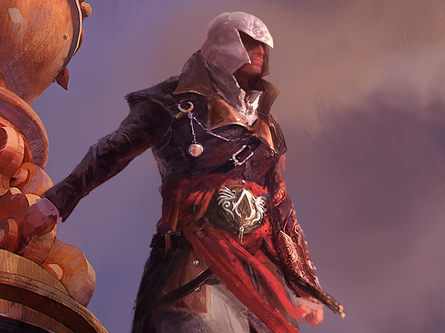 Well, thank you very much!
Top

Amorges' armor is obtainable? Well I must have been playing the game wrong then, only got the sword.
Top

The Persian Warrior armor? That's the reward from the Hidden Blade Ep.1 if you take out all the targets getting pieces of this as the reward.
The scale mail NPC variant I assume is a model only and not actual equipment.

Hashes should already be in the document from the last page on inventory ID's also as it's a Excel file you can use Google Docs to convert and view it online if you don't have Microsoft Office or any other program capable of viewing these file types.

Requires the DLC for the actual models and data I'm guessing, not something that would be part of the base game as such.
(That's the Immortal Armor and it's variants.)

EDIT: Some of the mercs in the base game also have fancy armor but you're not getting that as it's part of their model and not a equipment piece as a comparison to NPC Amorges if it's the scale mail armor specifically.


EDIT: Persian Elite Armor. I fumbled it's name there it seems.
Top

Does anyone have the HashIDs for the prizes you get after defeating the four mythical beasts? They're not listed on the spreadsheet so I'm wondering if anyone has found these yet.
Prize of the Cyclops
Prize of Medusa
Prize of Minotaur
Prize of Sphinx

Thank you in advance 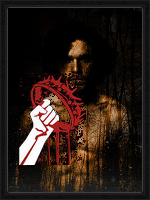 Thank you for updating InventoryEditor 1.2.1.2
Top

Does anyone has an idea if it is possible to make an item nameless using the editor?
Top

Hello , I have a problem, if you guys already talked about this my bad. So I activate the Quests x/y booster and XP/Drachma booster from the InvetoryEditor and I modify the values from the XP/Drachama to bigger values .The problem that I have is that. For exemple I have a mission that requires level 10, and I have level 12. Run the cheat. Now for example I have level 20. That mission that was level 10 now requires level 20( the level that I have ) , and so on , if I level up to 21 that mission update to 21. Can you guys tell me pls how can I solve this problem?
Top

what even is the problem lmao

thats how the game works, missions level up with you even tho their original lvl is much lower.

i dont even remember having this >> " I have a mission that requires level 10, and I have level 12..." . i dont think they ever go lower than yours. i dont think you know what that specific cheat is for.
Top

As soon as I finish the DLC, I’ll add the Hash ids of as many Armor types as I can, including the new legendary set. Unless someone else beats me to it.

So the quest x/y booster does not work, right? Just making sure. quest says to kill athenians with staffs, after i kill one, the counter goes up by 1 with the booster active
Top

Yeah the previous version worked with that but this one seems to have some issues with kills with X type weapon possibly. It does work for crates and other stuff and generic kill X NPC's though so the weekly here was the first time I noticed it acting up as of this new version.
(The prior version might still be embedded a few pages back and could work though it won't work on the resource crate type objectives in turn.)

Going to a fort and staff-slapping 30 blue soldiers only took a few minutes though and then leave and fast travel to another zone under Athenian control and then hit 15 soldiers with poison arrows, damage multiplier really cuts down on the time here with the level scaling now.

Legendary bow that converts arrows to poison also does a really good job.

EDIT: Better than having to hunt down X pirate ships at least, glad that one or the shark one hasn't popped in a while for the dailies as those are oddly absent when you need to find them even if you only have to sink one for the table to do it's thing.

Fainstrider wrote: ↑
Wed Apr 24, 2019 8:31 am
As soon as I finish the DLC, I’ll add the Hash ids of as many Armor types as I can, including the new legendary set. Unless someone else beats me to it.

Thanks! Any chance for the generic gear also?
Top

Hello? Is this place dead? New Helix gear and stuff is coming, was wondering if the table is still on and functional? Huge shoutout and thanks to everyone that worked their part to make something hard and impossible like this, to be possible. Thank you all....really.
Top
Post Reply
992 posts