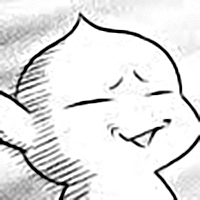 Low Sheen
What is cheating?

For those interested in it, I managed to find the saturation values for weapon scaling. Strangely, only physical saturation was on the original table and it was mislabeled.

Edit: It seems luck scaling is at +198. An interesting thing to note is that merely altering the value at this address will not give a weapon luck scaling if it did not already do so. Still, it's progress. 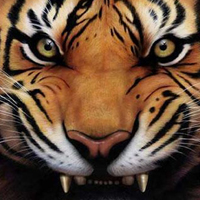 And now tell everybody where does it came from. If you already copy & pasting my changelog.
http://ds3.igromanru.guide/#cheat-engine
Top

I've already gotten gold once and I don't really want to grind through the hell that is Brawl to get them on another character.
Last edited by ILikeVideogames on Tue Apr 25, 2017 11:29 pm, edited 1 time in total.
Top

Low Sheen
What is cheating?

Alright, here are some of my findings for weapon parameters if you want to include them in the next iteration of the table.

Physical Scaling Modifier is a crap name for it, but essentially the value placed here causes your weapon's physical damage to scale with an additional stat, such as luck or faith. There may be more stats, but I've only found values for those two so far. The value here also seems relevant to scaling with the man grub staff and other catalysts.

Hi, I'd like to know if I can change my character's class with CE? I really don't want to have start the entire game over with a new toon, even with CE to be able to give myself all the items/spells/gear I had. I want to optimize my current character, but the optimal stat spread for the build I desire requires a different base class. It seems I can change everything else with cheat engine...is it possible to change my class???? Any help with this would be GREATLY APPRECIATED
Top

I apologize! just wanted to help and spread the table to as many people.
Top

Hi there, can anyone drop some knowledge? I'm using the latest table from here http://ds3.igromanru.guide/#cheat-engine to create hires images and panoramas mostly during boss fights. Freeze time works perfectly but invulnerability does not. I've tried to enable all possible options that relate to godmode but none of them seem to work. Am I missing a step somewhere?

igromanru are you the creator of the table? I'll be sure to credit you on all the ds3 screenshots I post on flickr.

thirdnostril wrote: ↑
Tue Apr 18, 2017 5:44 am
igromanru are you the creator of the table? I'll be sure to credit you on all the ds3 screenshots I post on flickr.

The table was originally created by Phokz, but many people collaborated on it. So it's basically a community table.
I've created this guide, some guys from Science Souls and me now keeping the table up to date.
Top

thirdnostril wrote: ↑
Tue Apr 18, 2017 5:44 am
igromanru are you the creator of the table? I'll be sure to credit you on all the ds3 screenshots I post on flickr.

The table was originally created by Phokz, but many people collaborated on it. So it's basically a community table.
I've created this guide, some guys from Science Souls and me now keeping the table up to date.

At the risk of sounding ignorant, have you figured out how to form a pointer for the 2nd DLC bonfires? I've got the values of the bonfires, but how to create a pointer for them isn't straightforward asfaik.
Top

Today I used the table just to active the 100% drop rate and get some vertebras (two hours later I'm really tired of of farming them) but I closed the CE without unchecking it and now I have that drop rate forever (and even entered online as I didn't know it). Now I can't revert it, it appears unchecked an I can't even check it again trying to undo it. Is there any way to do it? And am I probably on my way to be banned?
Top

There's three things i need help with, if anyone wouldn't mind.

The first is, how do i modify a bow/gbow/crossbow to fire rapidly? I know i can increase the speed of the player character but that's not what i mean. I remember seeing a video when the game was fairly new of a hacker flying around the highwall firing greatarrows rapidly from a long bow and some how skipping the animations for drawing and firing each arrow. How can i do that?

And is it possible to change the properties of projectiles like arrows, bombs, and knives so that they fire different things? Like a bow that fires prism stones or duel charms for example? Or replacing the throwing knife projectile with a fire arrow? Could i throw knives rapidly like in my first question?

Lastly how do i modify player animations and use the animations of npcs? For example how could i make my player character run around halfway into the crouch pose, or have them sit like the soul of cinder?

Uhh, should i link a video that demonstrates some of the things i mean?
Top

Hi is Noclip broken ? Because i cant move forward and backward.
Top

The Demon Prince is unavailable under WorldFlags/Bosses.
Was it overlooked or are there any problems in respawning the Demon Prince?
Top

Ace of Fours
What is cheating?

MurderInc wrote: ↑
Wed Apr 26, 2017 10:23 am
The Demon Prince is unavailable under WorldFlags/Bosses.
Was it overlooked or are there any problems in respawning the Demon Prince?

I was having trouble finding the Demon Prince's flags and haven't gotten around to finding them yet... sorry!
Top

Oh no, that's ok. I can still fight him through my backup saves.
I was just wondering why the option for Demon Prince was missing. Thanks for answering!
Top
Post Reply
358 posts