On a side note, can you actually make the health freeze so it always stays at max instead of going up and down?

Sometime against boss/nemesis monsters you can still get one shot, so it would be helpful while fighting them.

God Mode has been added to the table, it is under the "Get Character" section since it requires the base address to find the player.

Thank you for the updated table. Is it possible to make double earning xp?
Top 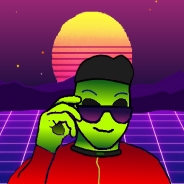 How the "get item" works ?
Top

IT works mainly on component items, just split the item or grab it and then put it back in inventory. Should display the current item and its quantity and then modify it.
Top

I second this. Both this table and other trainers which previously worked are now unable to access the game.
Top

The Summon Hack still works from what I can see, the rest doesn't.
Top

The "Get Character" section works but you have to activate it on the character select screen before entering the game.
Top

Re-seconding this, V1.0.6.0 is still the latest update as of today and it broke most of the table for me back when it was released.

Yojiro said the "Get Character" function worked for him in the select screen, but that's not the case on my side.
Top

I put my own table together for 1061 on Steam.
It contains an AOB script that gives you:
- Player stats; basic pointers to cash, xp, levels, points and so on that I was too lazy to script

So, some stuffs might work again if someone bothered porting them.

Thank you very much Csimbi !

Tested it, works like a charm from what I can see.

i don't see the attachment, could someone share please
Top