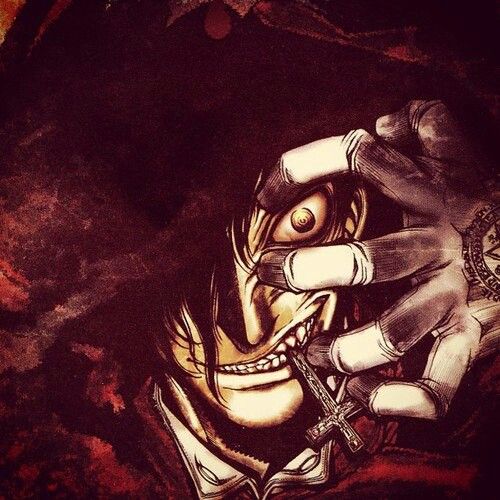 Last updated for a long time probably unless I screwed something up [SPOILER="explanation and stuff"]:p

OK so After wrestling with the player pointers trying to figure out how to deal with the new character I finally managed to find a very simple unified solution for it which undid around 4 hours of work and new pointers for each entry with just a change of 3 characters in the script. No compares No new addresses No offset changes and not even an aob change. it infuriated me and then excited and then impressed me at how I just wasted 4 hours when there was such a simple solution. I kept the old script in the test section for anyone curious as to what that change was. so now the player pointers should change based on if you are a normal character, the new character or its ghost and it works beautifully. I also added some new pointers regarding the new character for you guys to figure out and play around with, it is regarding the bone hearts ;) cause they work a bit differently than a normal heart container. I will let you guys figure things out but I am more than happy to answer any questions you guys have so please don't hesitate to ask.[/SPOILER]

I also tried to fix the broken red scripts but I haven't had luck in fixing them so [U]if there is anyone here who can help I would really appreciate it[/U].

[USER=16919]@cptctl[/USER] the devil angel room script is a pain in the behind trying to get that to fix and originally the script was supposed to give you goat head and duality which you can get using the pedestal script. Also, the pedestal scripts should not be doing that are you using the latest table or the original table cause that was the issue with the original scripts before the update. they should not be acting like that. I even tested the scripts right now and they work normally which they give you the item you tell it and then reset back to zero and give you the normal item for other pedestals. but try the new table and see if this one works.

Thank you for all the kind words and support and as always I hope you enjoy. :D

OK, so last Update I promise unless I have a breakthrough with any of the remaining broken scripts which are highly unlikely as there are multiple alternatives available. With that said here are the changes :) :

-While I was trying to play around the red scripts (broken) I realized the shell game chance started working again so after the rigorous testing it seems to work so that's good which brings to total broken scripts to 4.

- a few of the items weren't in the correct order so I fixed the orders for those as well as a few minor tweaks here and there.

I haven't received any negative reports regarding any of the updated scripts and pointers which leads me to believe that they are all working which is nice.

As always thank you, everyone, for your kind support and all your thumbs ups and that wrench thingy. Much appreciated and I hope you enjoy. :D
Last edited by Alucain on Thu Jan 01, 1970 12:00 am, edited 1 time in total.
Top

Thanks. I'm poking around with some features trying to get certain items to unlock since I'm not online, but I can't get the console menu to work, and even with mods on it won't let me type anything. I just wanna unlock the Broken Modem. Can you help by adding some kind of achievement unlocker to the table?

Edit: I had to copy the command I wanted to use in Notepad and then paste it, then wrestle with the console while it tried to erase what I pasted. It kinda works but there's gotta be a better way.
Last edited by Baofu on Thu Jan 01, 1970 12:00 am, edited 1 time in total.
Top

yeah, [USER=1206]@Baofu[/USER] that console script is acting a little weird after the update. even though it is in the same memory location the behavior for it has changed so now when you activate and deactivate it to bring the console it sometimes let you type in it and other times won't let you. although when you turn on mods it should work normally though and let you type. There is a better way and that is to use the pedestal script and just pick the item you want from the drop-down menu and then walk up to the pedestal and pick it up. you can do it multiple times in fact as long as a pedestal is there and get as many items as you would like.

That's an interesting workaround regarding the console though LOL.

edit: yeah I just tested the console script and Ctrl+C and Ctrl+V from notepad into the console works. so yeah do that :D LOL
Last edited by Alucain on Sat May 05, 2018 1:42 am, edited 1 time in total.
Top

Playing as the Forgotten while running the table sometimes makes live bombs invisible. Not sure if its because of the cheat table or if it's my version of Isaac.
Top

what options in the table do you enable when that happened? I will take a look at it when I have time.
Top

I'm not sure what could be happening here, but it seems like the floor pointers script is broken. Every other option is working fine now, so it's something of a mystery.
Top

Ok so apparently there was an update to the game since it messed up one or 2 scripts through my quick testing. so here we go with update 1.4:

-fixed the Floor script thank you 16919 for reporting it.

-fixed the Custom Seed w/ Achievement Script(reversible) and added some wild cards to the aobs.

from my testing, these were the ones that needed a fix but please feel free to report any other problems.

As always I hope you enjoy

Thanks again. That was just to cover a couple achievements I cant do online because they require dailies. I like being semi-legit with my stuff at least.
Top

For Goat Head, you should look for a new "start" position (to make a more "patch stable" AOB), the code changed a lot

[USER=677]@Alucain[/USER] I have tboi afterbirth, and the cheat engine with [URL='https://fearlessrevolution.com/attachments/isaac-ng-bp5-1-4-ct.10360/']isaac-ng-BP5-1.4.CT[/URL] is not working well, the only option that do something is the Shop Scripts and then Store Free (W), no other box can be marked with an X when i click on it
Top

curly
What is cheating?

i cant check a lot of stuff
Top

Sorry I have been super busy again lately, I will take a look at it as soon as possible Also sorry for the super late response but thank you Spazi for finding those AOB's ?
Top

Guys, i Find a site that have a very good launcher, in which you can select your items , trinket and other stuff, here's the link [URL]https://moddingofisaac.com/mod/859/afterbirth-custom-challenge-launcher[/URL]
Top

Re: Binding Of Isaac: Afterbirth+

I can't seem to download any latest versions of the table, is it just me or were they removed for some reason? Anybody can re-upload one?
Top
Post Reply
159 posts