Section's for general approaches on hacking various options in games. No online-related discussions/posts OR warez!
Post Reply
2 posts • Page 1 of 1

Lua Engine
The Lua Engine form contains a text box for lua's standard output (print calls use the standard output) as well as an interactive script box that you can directly execute lua script. You can open or save scripts from here. 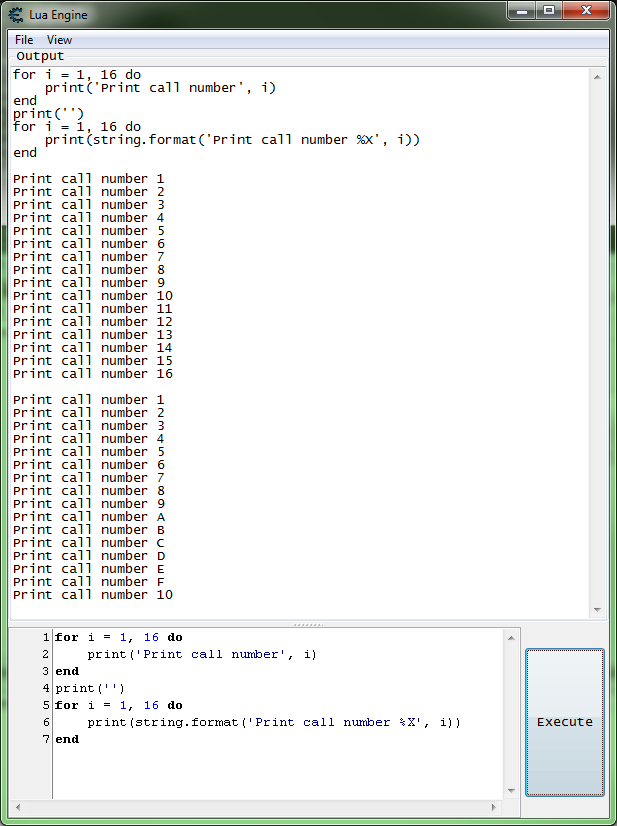 This script is associated with the cheat table. By default when opening a cheat table file Cheat Engine will prompt you that the table has a table lua script and asking you if you want to execute it.

Note: You can change what Cheat Engine does with the cheat table Lua script in the Cheat Engine general settings.

Script windows
You can debug the scripts written here by setting a breakpoint by clicking next to the line numbers.

You can have as many script windows open as you want, simply click File then New Window. If you save these scripts as lua files in the same directory as your cheat table or any directory included in the [ICODE]package.path[/ICODE]
string. You can run them from other scripts using lua's require, which will only run a script the first time it's required (or if package.loaded.filename is set to nil), and dofile, which will run a script every time you call it. Note that you do not use the extension with require, ".lua" is assumed, but you do need it with dofile.
Code:


See also External links
Last edited by TheyCallMeTim13 on Tue May 01, 2018 12:41 am, edited 3 times in total.
CE wiki - Tutorials CE wiki - Auto Assembler Basics - CE wiki - Lua Basics If it's not a Personal Message don't PM me, use the forum. I ignore PMs that should be asked on the forum.
Top