Do not think so awkward. Just type 9999 and you're done

Do not read so badly. "No matter what settings"

Right. Probably just my bad. Need to look into if I just had some temporary issues perhaps.

chroma12349 wrote: ↑
Thu Jan 31, 2019 6:28 am
Cause you gotta trigger the cutscene where Leon grabs Ben's recording; that's the progress flag for Leon's path similar to Claire needing to trigger Irons' call in his private collections room to trigger Sherry segment.

In short, both needs to clear the panel puzzle and trigger the corresponding event flag before the game will allow you to progress; otherwise it gets confused and softlocks you.

Afterwards, Leon segment seems to have no other flags to worry about. Claire's you need to lower the bridge from control room to the cable car in the sewers before beating G2 cause you can't interact with anything while carrying Sherry.

Makes sense, thanks for the info.
Top

louchi wrote: ↑
Thu Jan 31, 2019 5:18 am
guys, what will happen if I use the table mid run in steam version? is it gonna cancel/disable anything like achievement or costume unlock or else? Is there any downside like VAC banned or all my achievement is gone? I'm kinda afraid but I want to unlock all the record hehe

nb:
is there any ada's nude mod?

There's no VAC in this game, and you can obtain achievements just fine.

If you're on Residentevil.net for challenges you should not clear with times like 00:00 though. I don't know how much Capcom actually cares as I've seen several clear games there like this already, but be a bit more careful with that regardless.
Top

Exeter wrote: ↑
Wed Jan 30, 2019 9:43 pm
@Cielos I was doing another Claire run and I noticed the ignore ammo pouch script still doesn't seem to work for instantly reloading her gun. It's only 1 bullet at a time still. I tried restarting the game and CE just to make sure nothing odd was going on, but it's 1 bullet per reload. I actually don't recall if it was always the case, or if it just randomly breaks down for no apparent reason. Not a major issue, just thought I'd report it here anyway.

so, re-download!
if it's still have problem, please tell me which weapon and with what upgrade and I'll have another look~

in the mean time, meet Ada the dwarf~ 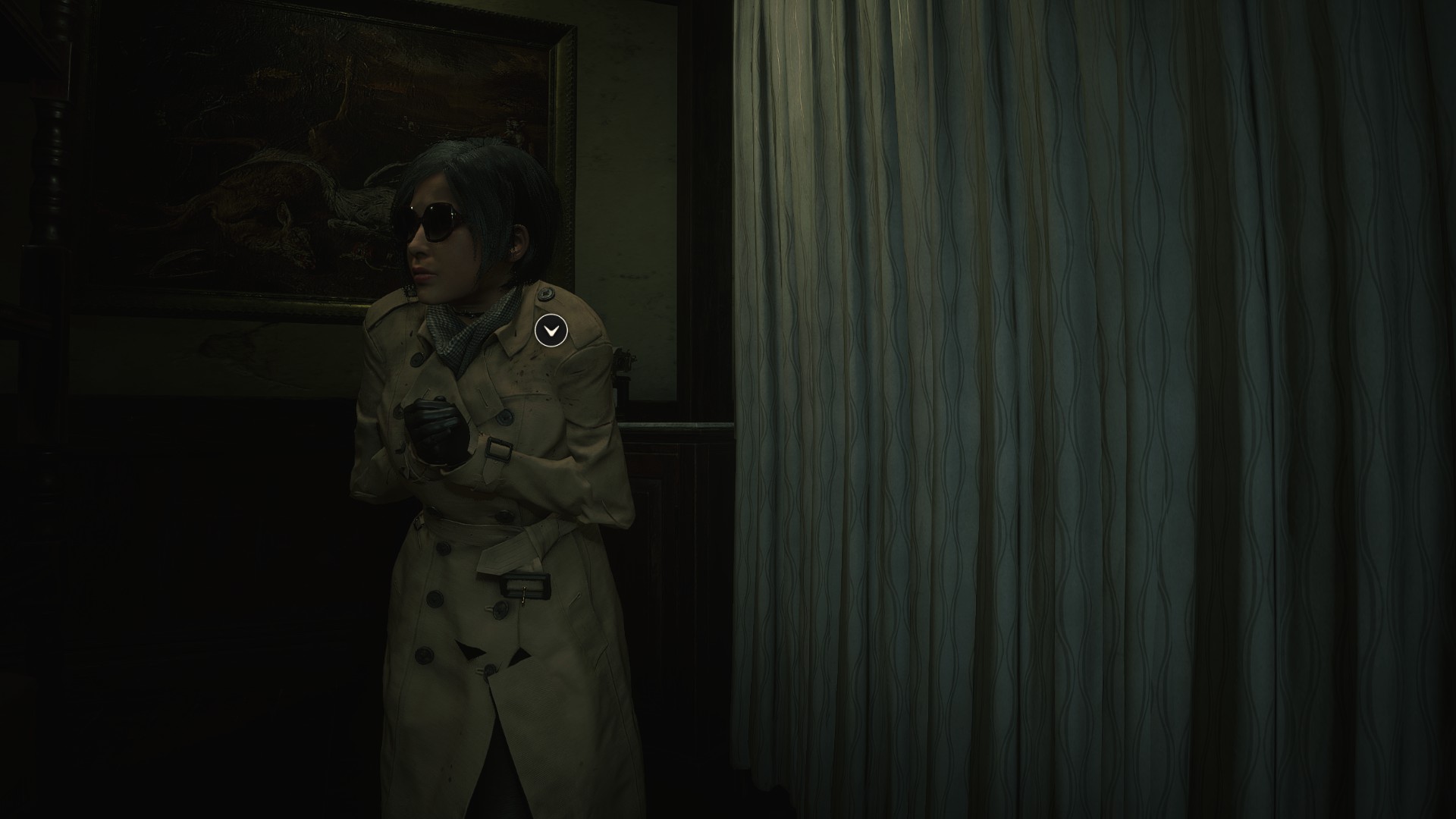 so, re-download!
if it's still have problem, please tell me which weapon and with what upgrade and I'll have another look~

Have you tested the upgraded Shotgun? I've noticed that when reloading from 0, Leon only puts 4 shells in. I've never tested it legitimately so IDK if this is just a fault with the game or the ignore ammo pouch feature.
Top

^ that I didn't!
thanks for checking. I'll have a look after I've done the character swap... almost done...
Top

I just did some testing on it, and it looks like it may be because of the way the weapon reloads. It only reloads 4 times, it puts 2 shells in at once when you have ammo, and the ignore ammo pouch script makes it load 1 per animation.
Top

^ ah! thanks! didn't notice that, making the changes now...

for the character model mod. I have implemented ONE integrity check by-pass only, unlike the previous game which need tons of by-pass to trick the game to think I've a correct character loaded, also the options to hide/show the equipment load-out ignore the current character config, etc... (which is what putting me off from making this...). HOPING it won't be as punishing as rerev2.
I've tested on 1 scenario only:
swap Claire with Ada, load a save where Claire was in the Chief office, and the parking key card obtained.
I can use the lift to the parking lot, T showed up when I use the key card to open the gate. so far so good...
so, if you have time, just test it out on full run and report with any issue.
I may not be interested to fix them, but at least I can add them to the post to alert the potential problems...
worse case scenario, you can always swap the model files manually~

Hmm.. maybe time to search for Play as Mr X. For the luls, of course. I'll post any IDs I find in my pursuit of this. It probably won't work though.
Top

I hope u find it or for william
Top

I've found some interesting stuff. So far I have

thanks!
but I've just upload the hot-fix. will update on later update (if any). or wait until a "full" list is compiled~

I'll test progression after I've done up to FF. So far 2B to 3F are all invisible. I'll redownload and test the stuff again.

I'm going to be re-testing all of these with the updated model swap to make sure nothing changes. A note about "2A". I wanted to call it "Token Black Character" but I'm not interested in offending people, so I'll say this, It's a fat black man in a cap. I'm afraid I don't know of any other way to describe it. Screenshot button should be fixed (hopefully) so I link some pictures as I re-test.

EDIT:
So far no changes. Link to imgur album: [Link]

I saw a video on youtube with freecam in one-shot demo. Is it available for full version?
Top

bad news is, the character check through out the story mode seems as punishing as previous game. the means there's still MANY checks to by-pass to make the script work properly in the story mode... it's [redictable, I guess, given that multiple characters are sharing the same maps.
maybe I'd be bored enough to implement them later.............
Top
Post Reply
976 posts