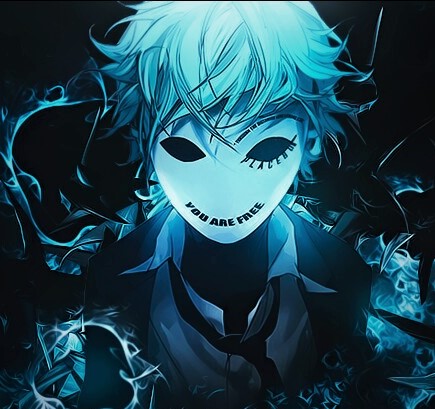 For the benefit of anyone, who may be looking to hack/cheat CrossCode, now or in the future. A 16bit-era Zelda: Link to Past/Ys series like indie game. That can be aggravatingly tricky at times to find addresses for with Cheat Engine. It is actually far easier to modify the game's .json files directly, overusing Cheat Engine for the most part. Except for in the cases of infinite HP and SP. With CP being possible but somewhat hit or miss from my experience.

Basically, this game is made in HTML5 using a modified version of the Impact Engine. Which runs in a simulated web browser that loves to crash and freeze. As well as periodically it likes to changes its memory addresses in real time from time to time. But at the same time, the game uses easily assessable .json files, which are not encrypted from tampering. So below I'll explain how to edit these .json files to adjust things like exp, money, item drop rates gained from kills. As well as briefly go over how to get infinite HP, CP, and SP using cheat engine for anyone interested in that.

CHEAT ENGINE NOTE: The game generates and uses multiple processes. (During early access builds was three processes, but since the official launch appears to only be two.) So you'll have to experiment a little to figure out which of them is the correct one. Should be whichever is using the larger amount of memory. In my case, it appears to be the top one on the list since launch. (Early access builds was the middle process). So let say the "Finding HP" method, I outline below does not return any usable values. Try selecting the other process(es) to find the one that works.

*** UPDATE NOTE (9/23/18): As of the official launch (version 1.0.5) I have been able to successfully get the below method to work to find the CP values for the different elemental skill trees. That being said, I did have some issues with cheat engine not initially finding the address values while I was searching, but got it to work after reloading the game a few times. So it does appear to be rather hit or miss.
Infinite SP in Cheat Engine: To modify CrossCode's .json files for EXP, credit, item drop rates, etc...

Additional Notes Hopefully, this little guide will be of use as I myself wasted a lot of hours fighting with Cheat Engine and this game. Only to realize there were far easier and simpler methods to get my desired results. Also, like to give Iyeru credit as it was a post by him that inspired me to look into modifying the game's .json files.
Last edited by Rubien84 on Sun Sep 23, 2018 7:19 pm, edited 22 times in total.
Top

Re: CrossCode: Cheating it the less aggravating way.

Unsure if the CP one works just like that. I've been trying it for a while now, started with about 8 CP (searched as 16), gained 3 levels so 11 CP (searched as 22), spent some, still can't get it. Got HP and SP though, just not CP.
Top

anyway to increasse the time limit in the monk quest?
nevermind found it.
Top

Thank you, Cor Blimey, for taking the time to add your method of getting additional credits using CE. I personally never added CE credits to my guide originally because while I did find the method you mention. I personally keep having issues with the game crashing anytime I changed my current credit value. Also, the weird results you mention also were a bit of concern. Plus, I personally also found it to be easier and more stable to change an enemy's .json file to cause the creature to drop an extra large sum of credits. Then kill a few of them in the game to get the desired effect.

With this being said, I did originally write this guide quite a few early access patches ago. So based on what you wrote, it does seem the crashing issue I was having might not be so much of a problem anymore. Making your approach a possibly more viable option.
Top

i am have trouble use your methods i am playing a gog version is that why?
Top

How do I get unlimited amount of "Circuit Override" or any other Item?
Top

i already foudn it, its in bergen/special. just edit the jsons in one point it checks for the time in seconds just increase that number.
Top

I'm actually wondering but is there any way to change the drop rates on the plants. I don't mind farming enemies since that gives EXP but Plants i just don't want to deal with.
Top

Hey,
I was wondering if you would be able to help me slow the ball speed down during the final puzzle to make it easier. I can only make it half way through that puzzle because of my reaction time

I'll include screenshots to show you where I am.

I hope the SS's help
Top

I edited your post, but in the future please only quote what is relevant to your post, and don't quote whole posts that are that large.
Top

Long time lurker here. Thought I'd join and contribute as I love this game.

Using CE on this game is very finicky and can cause crashes very easily. Editing the .json files is very easy and gets the job done.

For a few quick tips:
- Change the rank values of the itemDrops section to "" so the items will drop in any Rank, not just the one listed ie: "rank": ""
- Change drop "prob" to 1 for each item the mob can drop. (you can also add item codes here to any creature. Values are in another file)

- All the quest data is in the database.json. Here you can modify the rewards! Yes, that means you can give yourself CP!

For instance in the "rewards" section for whatever quest you want to modify, add this right after the exp reward:

This will give you 25 cp to add to the Base skill tree. I'm not sure if "ALL" will propagate to the outlying element trees.

But to get CP for those, you can do this:

Now for my favorite modificaiton. Changing the drop rates of those silly plants!!!

Open global-settings.json and do a find/replace in your favorite text editor. If you aren't comfortable using regex or searchs, it's easily done one at a time.....but it can be very tedious.

Find: "prob": 0.* (* being the wildcard depending on your editor and format you use)


Why 0.3 and not 1? Because in this file it will always stop at the first item the dice hit 'true'. If it's 100% on the first one in the list, the others will never drop. I even use 0.2 for some of my areas depending on how many possible drops.

IE: this is my Autumn-Ground-1


We can also make the drops even more forgiving by adding the rare drops to the common plants. The zones usually have 3 different types of settings for destructable plants. Let's call them 1, 2, and rare. 1 is the most common type of plant, 2 is uncommon, and special is rare. Common drops will come from 1, uncommon and common drops will come from 2, and rare drops from rare.


For instance these are Autumn's areas:


Copy the item information from Autumn-Ground-rare and paste it under the items for Autumn-Ground-1 and voila you will get rares from the common plant.


Also, you can change rarity designation, item stats in the item-database.json. I even added a few of my own items. Ragnarok and Aerith's Revenge just had to be in the game, ya know?