Greetings
Made by Noobrzor
Attach the Cheat Engine to the process DATA.EXE, not DarkSouls.exe. Otherwise it won't work.

Made this table myself, from scratch. Uses AoBscan and therefore increases the odds of it working with different game versions and .exes'. Haven't tested it online.

EDIT: Table updated with superior cheats and fixes. Should be flawless.
EDIT2: Latest addition - TeleportCheat! For when you just don't want to repeat the same route - portable bonfire wherever you wish. Look below for instructions. Just added and only tested for a bit, might (but shouldn't) cause unexpected behaviour.
EDIT3: Fooled around with percentages for integers. Health Regen 2 cheat added. +Now fixed from the 'bleed effect crash'. Should be perfect-a now.

Six cheats, designed to casualize Dark Souls I without turning it into a walkover:
Item Durability Cheat - anything equipped gets it's durability set to 99999.
Ammo Cheat - any arrows/bolts equipped have their amount set to 999.
Death Penalty Cheat - completely nullifies the death penalty. You don't lose souls or humanity, you don't leave bloodstains, and you don't lose Human status (no Hollowification on death).
Health Regeneration - by default it regenerates Player's health in a rate of 5 points per second. You can change it easily. I left notes. (Most likely depends on framerate. Normally the game runs at 30 FPS, and the code I modified runs approximately 30 times per second. Easy to draw conclusions.)
(alternative)Health Regeneration - same as above, except it heals 2% of maxHP every second. Can be changed easily, of course.
Teleport Cheat - address attached to TeleportCheat ([status]) is a command input. It's name provides a hint. When changed to 1, it will save Player's current coordinatates to first slot. When changed to 3, it will save, but to second slot.
Changing it to 2 will change Player's coordinates to those saved in first slot, and changing it to 4 will change to those saved at second slot. Code is designed to automatically revert itself, but due to unknown for me mechanic often it doesn't teleport right away. That's why there's a delay after setting [status] to 2 or 4, during which you have to MOVE your character in any direction. You will notice your character teleport and unable to move in any direction for several seconds, that's the delay in action. As said, delay runs over, your character can move again, and you have teleported to a new spot.
Remember, saved coordinates are cleared when you disable the TeleportCheat or restart the game. Also, coordinates are different for each map, so you can't for example teleport from Anor Londo to Undead Asylum using this cheat.
To speed up the use of the command input, feel free to create hotkeys via the CheatEngine and save the table for it to remember the changes.
The duration of the delay can be changed too, inside the script - if you need to alt-tab and change manually because hotkeys won't work or that's just your preference, and the delay is too short.
WARNING FOR TELEPORT: Currently the teleport will kill you if you're teleporting to a spot that is high up above and you don't move during the delay. To avoid it, make sure that when you're teleporting you actually will carry out the teleport fully, that is move after activating to make your character actually teleport there. If you don't move and you're 'teleporting' high above, the game thinks you are very high up when your character is visibly very low, making the game think you have just fallen off a cliff and fell to death. Moving and therefore carrying out the teleport updates all variables of the position and doesn't kill you.
(hopefully i'll manage to get a better idea on how to circumvent the issue. In the meantime this will have to do. The delay should be long enough to last through alt-tab at leisure) 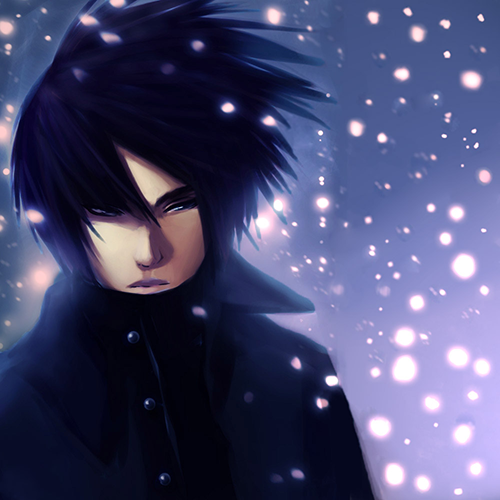 That's a table for the old GWFL version.
I updated it for the Steamworks version.
Table Extras comment:

Any way to get regeneration working for steam? Was kinda hop to play coop with friends but without estus its kinda messy...
Top

As a player to a player I wanna point out there's enough healing options already built-into the game. Regen is just too cheap IMO.
You can consume humanity and twin humanity to heal as a phantom and if you played enough PvP — people have probably already gifted you 99 of those.
There's also a ton of restorative prayers — perfect for co-op since many of them heal friendlies in AoE.
And it's not that many points you need to put in faith for the simple ones too. Estus is the only restorative that phantoms cannot use.

Anyway, I updated the post. Take a look.
Top

As a player to a player I wanna point out there's enough healing options already built-into the game. Regen is just too cheap IMO.
You can consume humanity and twin humanity to heal as a phantom and if you played enough PvP — people have probably already gifted you 99 of those.
There's also a ton of restorative prayers — perfect for co-op since many of them heal friendlies in AoE.
And it's not that many points you need to put in faith for the simple ones too. Estus is the only restorative that phantoms cannot use.

Thx mate =) Didnt rly played alot in coop mode dont know mutch =(
PS do ya know any way to get more ppl in coop then just one?
Top

Not sure what you mean. I thought nothing stopped people from summoning more than one phantom but I may be wrong.
Being in the covenants "Way of White", "Princess Guard" or "Warriors of Sunlight" should help.
http://darksouls.wikidot.com/covenants
Also use Wulf's DS Connectivity Mod if you aren't yet.
http://wulf2k.ca/PC/DaS/DSCM.html
I use the "stable" one. It works but it's not really stable anyway so maybe try the beta(testing release).
Top

I accidentally aggroed Oswald, so I cant get absolution, any way to use CE to undo or make him friendly again?
Top

Why I cannot use Death Penalty Cheats?
Top

its not working anymore for some reason. I wanted to use to play offline the prepare to die again mod
Top

Last time i played DS PTD edition online i had some guy running around my instance posting trash scribbles everywhere, "jump here" death drop, "secret wall here" oh look at the noob trying to go through that solid wall haha. etc. Only the wall one got me because it had been a long time since i played the game, and could not even recall how the secret walls worked really.

Offline is just plain more peaceful period. Unless you are really into the pvp side of the game.
Top

Its working yes! I had to do was instaling and opening cheat engine 6.8.2 in Adminstrator Mode. Just that. geez