Is there no interest in this game here?
Top

I usually play RPG's, but I haven't played many of the Saga series. I've been busy getting back into FFXI lately though. I'm surprised no one has anything but that might be because it's not released in certain ways to get it for free.

I might pick this up but it will be tomorrow at the earliest before I can take a look to see if i want to buy it.
Top

ZDK666
What is cheating?

I would also like to see some cheats for this mainly the usual character editor infinite hp.
Top

such a shame nobody gives it more credit ...

at least we can say this game have a pretty op anticheat protection :p 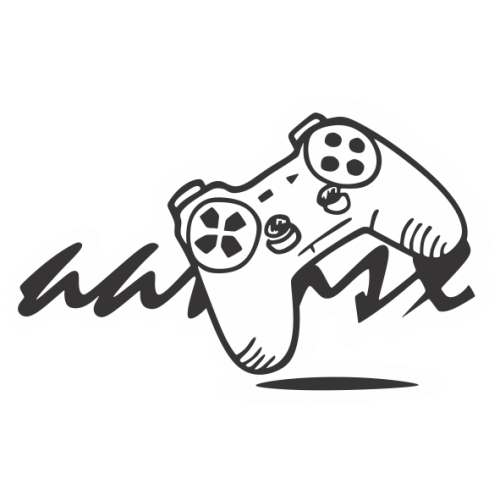 may i request get item get max
Top


Hello. First, thank you so much for your effort. You are awesome. Happy holidays and happy new year. Wish you health and happiness.

Some probably irrelevant info:
Before you make/release your cheat table, I was able to get max HP only for a specific character of my party at a time and only for the specific battle, meaning I had to constantly/every battle search for the character(s) HP values. So thank you a lot as you saved me from much head ache/repeated searches.
It's a little difficult some times but I was also able to find the addresses to change the values of the materials too and sadly similarly to battle addresses they change if you use "load" feature, even if you load to a save you made 1 minute ago. I believe this will be piece of cake for you to find and do if you managed the infinite health. So I believe that the problem I encounter, is that I don't know how to find the "root" that assigns/changes the addresses and their values or something of the sort.

REQUEST: Would it be possible to add any of the following?
1: Infinite BP/constantly max BP OR start the battle with and maintain 9 "BP offs" for the characters in active party/in battle.
(Just so you understand if you don't happen to play the game~ For example when you kill a single enemy that his turn is in between your characters/allies turn order, which results in having your allies turns connect/in a row, the characters involved perform a "unity attack" and get a discount on BP(battle points) used on their next round's action/tech/attack, resulting on being able to do stronger/higher BP costing techs by using less of your available BP pool.)
2: First character slot editing(as many options as possible to edit here, stats, stat bonuses, skills, techs, roles ect) or being able to edit the 4 main characters of the game, whatever you find easier to do. If it's impossible to change stats/stat bonuses then item stats/stat bonuses editor?
Alternatively:
a: Easy/Fast skill set(martial arts, two handed sword, spear, bow ect ect) level up.
b: Easy/Fast tech(aka moves that are under each skill set I mentioned above) level up.
c: Unlock all techs/moves for your characters or easy/100% chance to trigger "glimmer" which unlocks a tech in the skill tree.
d: Unlock all roles or easy role learning/unlocking.
e: Unlock all battle formations.
3: Max/infinite materials.
4: Infinite LP.

My own two cents for SaGa Scarlet Grace: Ambitions players~
Small guide(since I found none in english) about starting with Balmaint as your main character through the starting quiz of questions/answers:

Medical Chamber, Give up and Rest ~ Then it branches to following:
Path 1 : Society, An orderly world, Ancient codes of laws, Beautiful Prose, Accepting Fate.(Gives 2 dex, 2 mobility and 2 inteligence but lowers HP by 10[not very important, i'd say pretty much irrelevant from all aspects] & LP by 3[important if you are not familiar with the game/battle and get your characters knocked out often but it's almost completely irrelevant if you use infinite health cheat as the events/skills that lower your LP aren't very common, at least so far in the game that I've reached])
Path 2 : Health, Living as long as possible, Healthy Subjects, Send out skilled doctors, A sound body. (Gives 2 inteligence, 2 acuity but lowers dex by 2, no change to HP/LP)

There is possibly a third path/stat result but I am not sure what it is/would be(Or maybe it's just the standard one with no stat changes, that you get if you choose Balmaint without the use of quiz). Have fun. Oh and I noticed that if you change your last answer from these paths(or at least one of these two paths-I think it's the one that ends with Accepting Fate) you can get the other male character, if I remember correctly with pretty good stats. The other path's change of last answer I think leads to Urpina with pretty good stats too.
Top

1: Infinite BP/constantly max BP
---> well, bp revert back when i edit it (even with script), so no luck for now
2: First character slot editing...
---> you can try to edit in character pointer, but i think it will revert back to original (current) stats/character
3: Max/infinite materials.
---> for now just find have all items (including key item)
4: Infinite LP.
---> Try this New Table

Thank you very much for the extra options

and I know values revert which is why I had issues using cheat engine myself.
I was hoping you'd make them to not revert by finding the "root"/source that writes to those addresses.

For BP, I mentioned about an alternate way to achieve the same goal of the cheat aka the "BP offs" that are triggered by a unity attack which might be easier to pull off. Maybe you can trigger/force BP offs on the characters, 9 points BP off will be enough to do any tech by consuming only 1 BP from the available pool.

As for character slot editing, if you can't get it to work by finding what writes to those addresses/values, you could possibly see if you could edit the bonuses(blue numbers) the gear/items give to the character. Last but not least take a look at my a/b/c/d/e stuff as they are good enough possible alternatives if nothing works on stat editing.

Anyhow, still thanks for everything. You are amazing


EDIT: You got the BP offs! Yay! Thanks! Woohooo

2nd Edit: And not only! You got the items too! And pretty much almost everything I wanted. AMAZING! Thumbs up! Awesomeees. Consider me 100% satisfied. Thank you so much. Have a good day and happy new year mate!

3rd Edit: Yes I see that changing character stats gets reverted back. Also changing item stats/bonuses even though they don't revert back to original values, for some reason has no impact in fights/the game reacts as if nothing changed(I am suspecting that the items have separate addresses for in-battle and out of battle stats, not sure). But it's alright. Honestly the infinite HP?LP/No Bad Status and 9 BP offs +max materials, are enough if not more than enough