Post your topics and discussions here that you can't find a good section for.
Post Reply
5 posts • Page 1 of 1

I don't really like getting into politics outside a political place, but I saw on the news that Blizzard banned some player who said pro-HK stuff during a Hearthstone tournament. What do you guys think about this? Do gaming and politics mix?

No. Games should be free of all political crap and brainwashing.

Sadly, this newer generation of games are getting shit full of SJW crap, political bullshit and different messages that the game developers or publishers want to push to society. No wonder, games have become shittier and shittier and the indie games are becoming fun which usually lack the drama.
Top 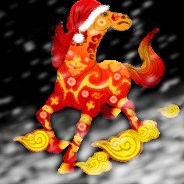 I actually play Hearthstone and it was discussed heatedly by the media just before Blizzcon. After the "apology" by the CEO, it seems the banning has become old news. Blizzard also reduced the punishment on the player and the casters, but many gamers believe that Blizzard has an interest in keeping the Chinese government happy.

IMO, Gaming and politics do not mix.
Top

The only thing that i don't mind with politics in general is if it pertains in the storyline of the game, but politics in real life affecting video games should not be a thing, however the sad part is that people keep trying to do so over and over sadly. A good example is looking at a game called Death Stranding and how well things can partake in the setting that it is in. The game has political views of how to change the world since it is in ruins.

Not alot of games going to last long when it has any values with SJW in the long run, no matter how much they implement that successfully, the game itself don't live that long to be rememberable in general. SJW are a small niche of a community that really honestly not alot of people pay too much attention to because they know most of it is just bullshit that they spew, so they don't give them any attention that they seek. Luckily SJW activities are dying down, barely you hear much about it but word of mouth, and websites like kotaku and polygon that keeps posting sjw related things are already dying out.

I dislike what blizzard has done, but sadly we can't really do much, dispite protest, there is very little we can do unless we ask to government to do something about it, and you know how people are so weary of doing that because the government will mess up things that go against what we actually wanted.
Top 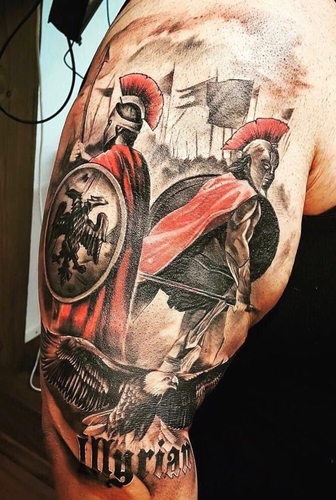 This is not the right forum but let me just say that the rabbit hole is so deep not just in gaming is in entire entertainment industry. You will be amazed by conflict of interest propaganded as genuine politics.

greed + personal politics, it is the norm in industry and who appeals to special interest of the most to gaming marketing tools or gaming magazines and their corrupt pseudo journalist : [Link]

Just have to give this small tip find who is the CEO and the active investor and the last step than people employed there and see how the company reacts. One of them that is the key in blizzard company and had different administrating roles and high roles roles in entertainment industry with other companies. Nothing happen out of nothing but lets leave it here for the sake of the forum.


On side note, I just learned who the CEO of Pfizer that discovered the Covid vaccine that is going to be sold at much more expensive rates was and why the left is beending the other way to have the vaccine "normalized" sold, rather than previous things that worked and where cheaper. The guy is not exactly Greek, digging deeper is part of the "family" of what is called loosely the "elites" of NY, Cali, London ect and other big cities and I don't mean the illuminati BS. Pro tip Just check what CEO of Pfizer and one of the Blizzard have in common.
Its greed and personal politics ,propaganda in level never seen before. This is why I say the rabbit hole is so deep, is unbelievable, along what pops up once you follow is tracks. It affects academia, politics [mainly left], media, entertainment, military complex, financial system, pharmaceutics, proxy and financed revolutions, geopolitics, European union, proxy wars in middle east and direct war as the Iraq one, the so called "greens" deals
and companies traded in financial sector and getting plenty of money, even scientific research, legislation and law, ect and would be funny as a joke but is the sad reality. Beside that another story are the loopholes and exploits that are unbelievable. One thing that you learn from all this in all this is the complex and deep networking that, is what makes all this, anyone that thinks that is normal of networking has no idea what networking is here that is key to all, relentless propaganda and conflict of interest ,double speak, double standards, brainwashing, pushing degeneration in society drugs/ sexualization, ruin of family core values, [especially anti middle class and, against
the majority of population in the guise of the "good politics"] and greed of epic levels, is unbelievable. This people are also employed in government key roles, epically in Obama administration where they where rampant and Clinton and Bush, and even some on the Trump administration [yet don't like him] but mostly on the left is where they thrive.

And for anyone that has doubts what I say I can back it up with facts every single word I say with names, connections/networking and what they do, and what they lobby for but it has to be elsewhere not in this forum.