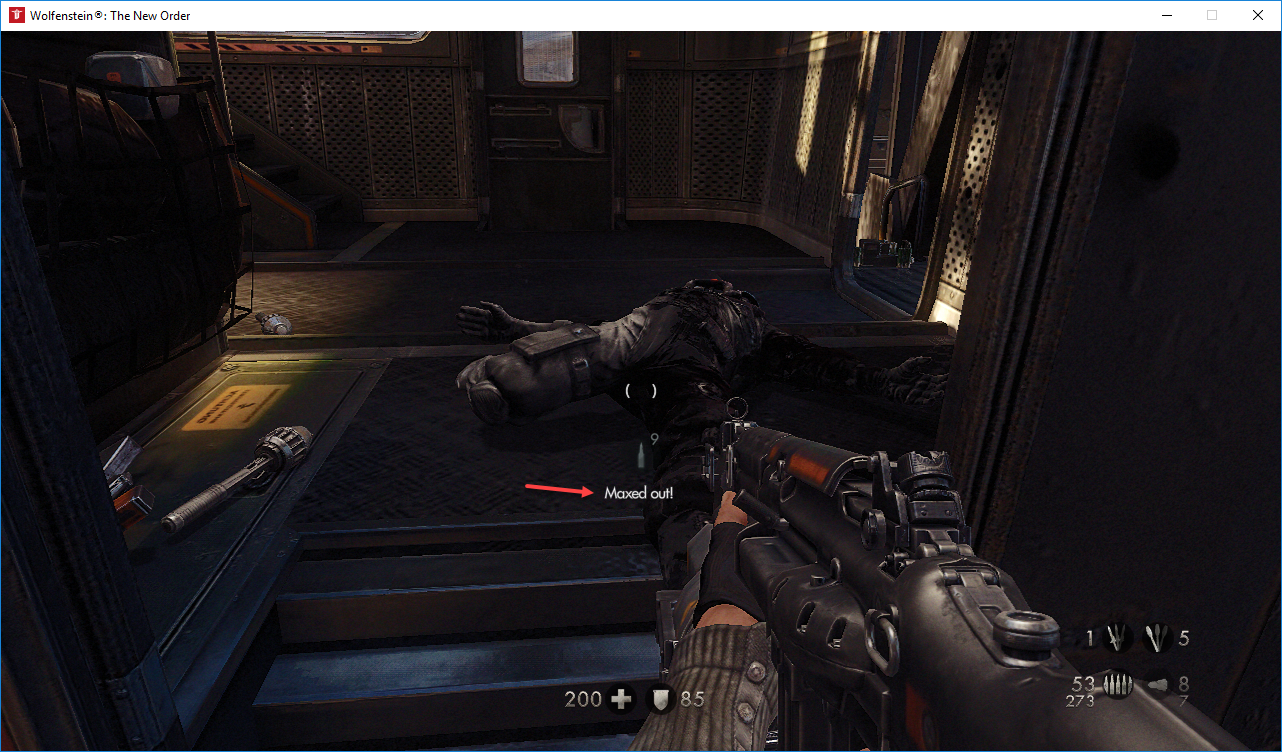 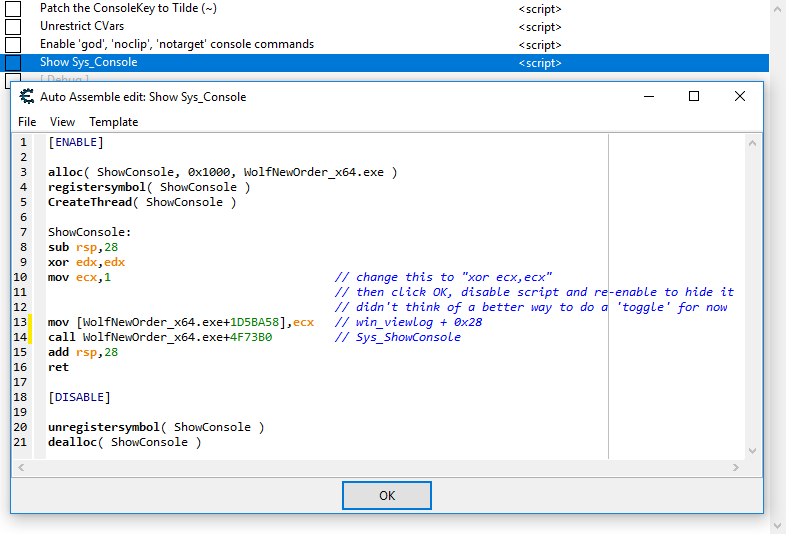 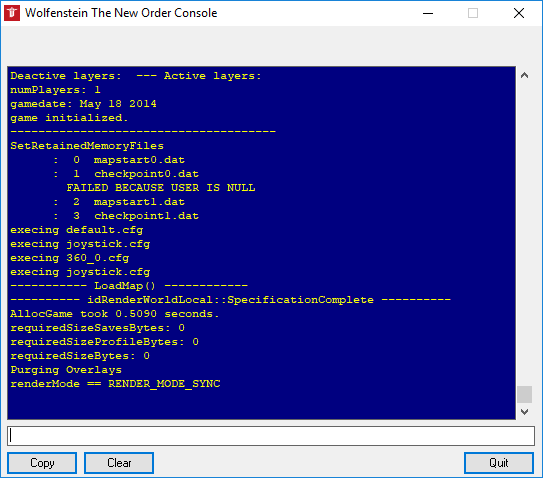 Here's some useful CVars collected from across the internet for idTech engine:
With the above I was able to take these screenshots 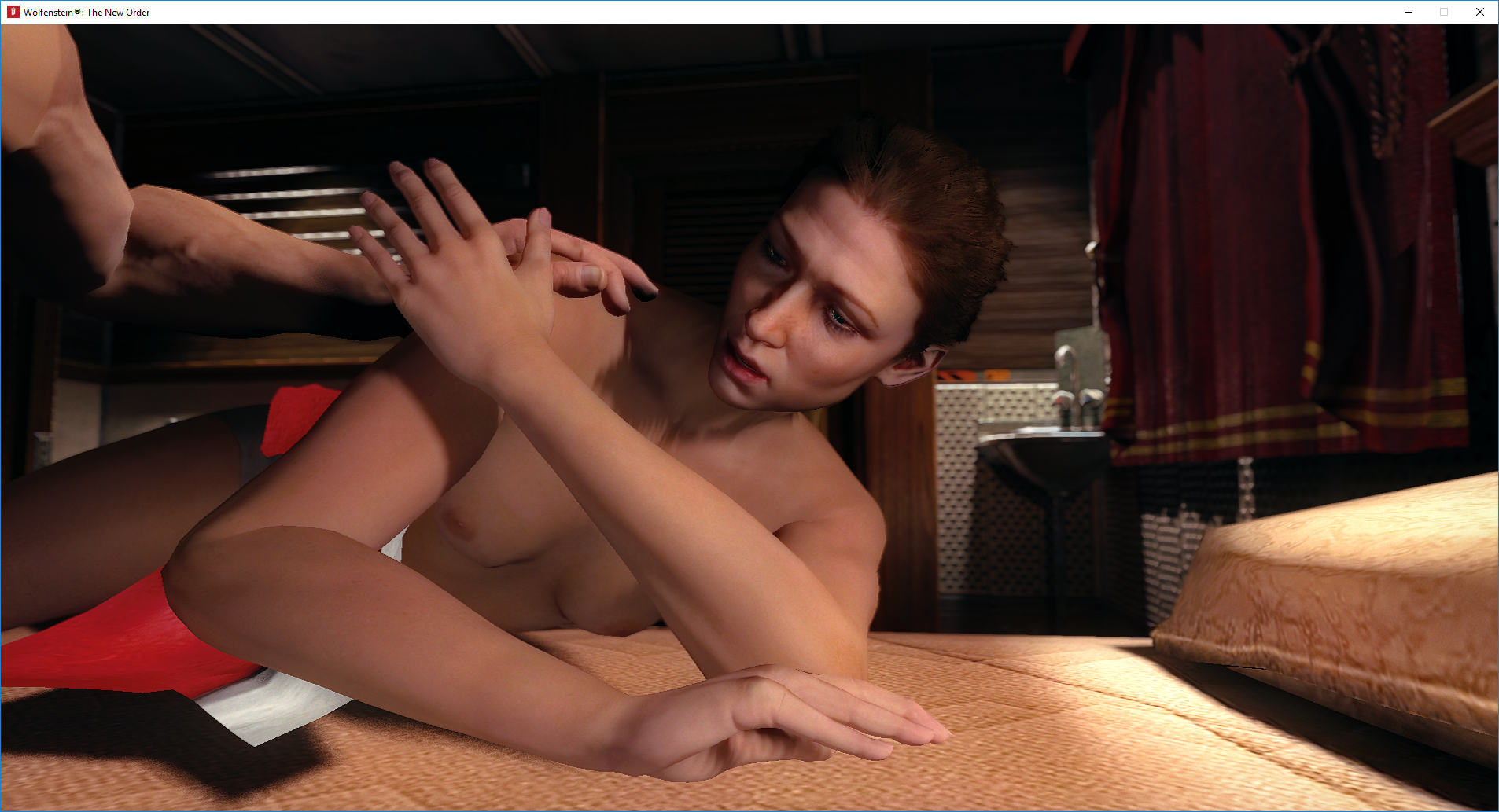 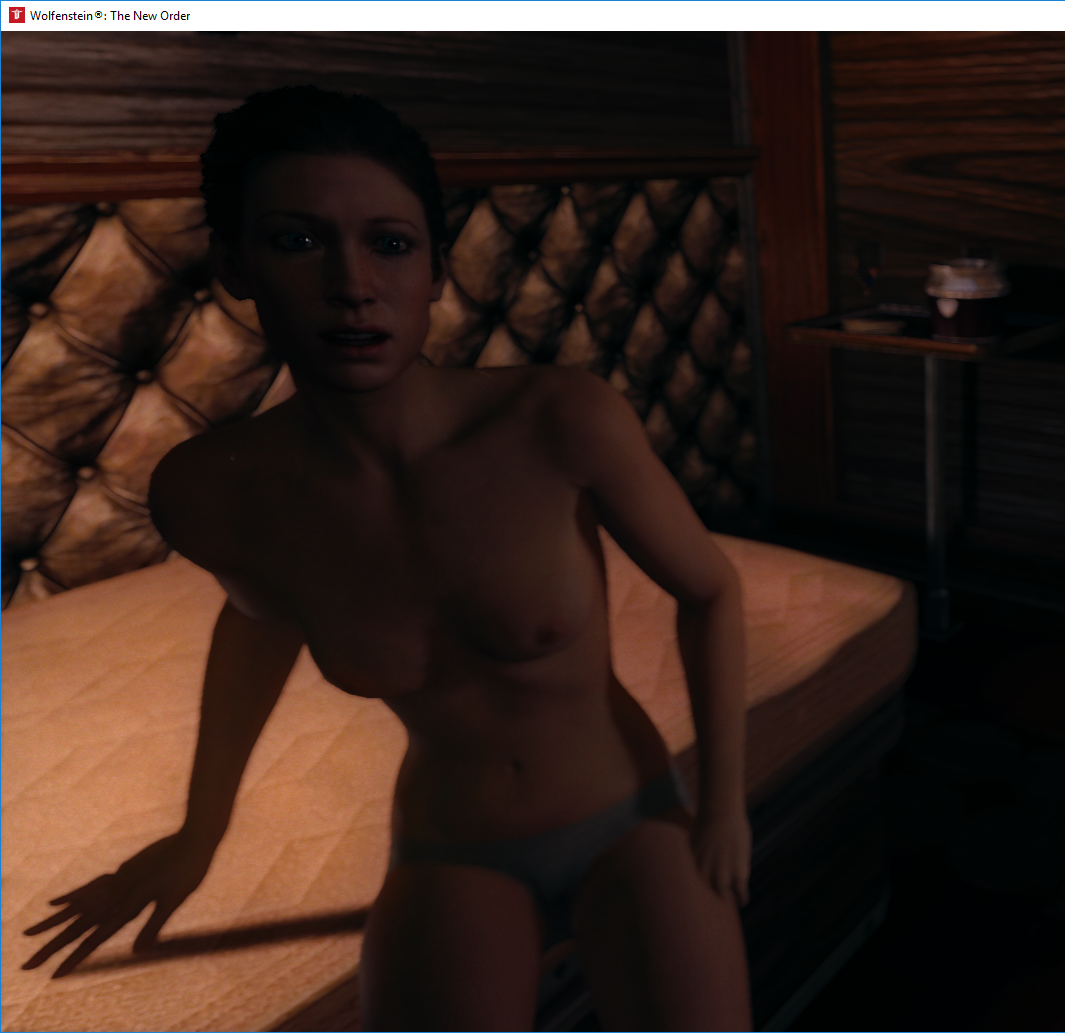 Wish I had discovered this sooner, before doing all that analysis above manually and wasting 2-3 days on it.. Apparently the RELOADED release (Wolfenstein.The.New.Order-RELOADED) from the 25th of May 2014 contains a .pdb 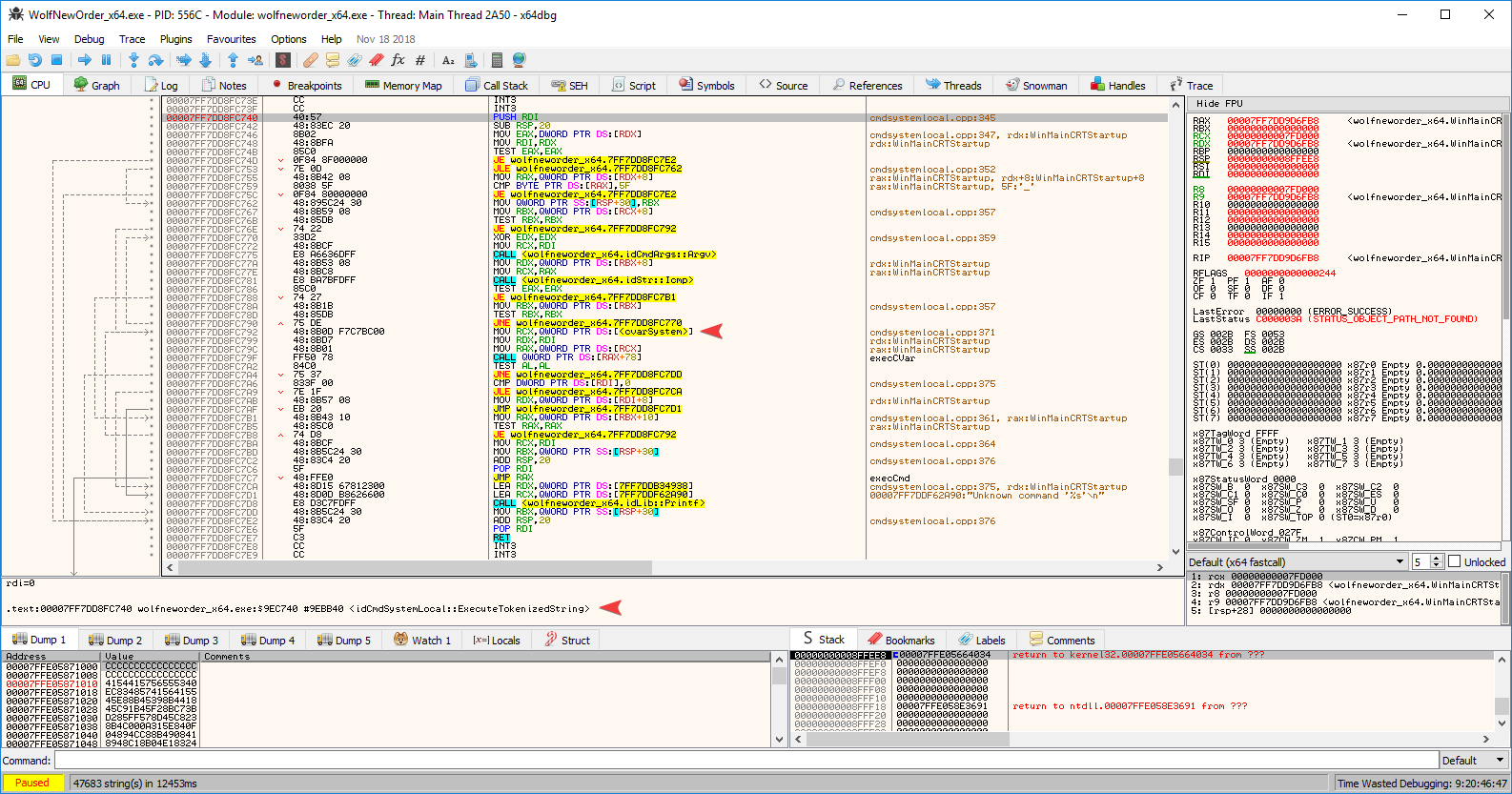 Nice! Just started on the Wolfenstein series and I love all the options having the console gives. Is there a list/dump of cvars?

Edit: ah, I just saw your other post for Wolfenstein: Youngblood, where you show how to list and dump cvars. Good stuff! Do you think you might make your way to Wolfenstein: The Old Blood and Wolfenstein II? Love your work!
Top

Hahaha, why would you code checks into your own in-house cheat codes? To stop the devs from doing it? None one else would use them.....unless, they knew sunbeam would crack the code from the start! Sneaky!

Oh how good is that, thank you so much!

Any chances you could do the same stuff for The Old Blood?
Top

Damn, I searched for one, and was unattentive looking through several I can find here. Thanks for being patient

Gosh, I know what I'll be doing this weekend

Did you think of creating a Patreon? I'd definitely be happy to contribute every now and then.
Top

Can I spawn or create an enemy by using the console?