Knowing how people are on steam I get the feeling people will just start reporting anyone that attacks them lol which would be funny watching half the player base get banned but at the same time I don't feel like they're actually looking into it as much as they'd like to tell people. probably just them trying to keep the game relevant to get that quick mtx cash while they still can. I just wish there was a separate mode that's just strictly single player because the game itself is fun but the constant need to grind at low drop chance gets boring after fighting the same mob for 5 hours with almost no drops to show for it xD
Top

It's only reports. There is still no anti-cheat technology installed and the messages state that it is due to "reports" of cheating.
Any game that requires it's player base to police itself is historically bad.
And I find it hilarious that a developer just "forgot" to protect from cheaters at all while porting their game to PC.

I've thought about trying another Steam account, and playing without touching the TDM. Just to see if the Ban is by Steam ID or by IP address.
In which case I still have two other computers that can play LID.

I played for 160 hours in two weeks though. So it wasn't like I had a max level char in an hour.
Top

The table is great, but I'm curious. Is there a way to modify "counter" damage? or affect resources in any way? Or allow item R&D without all the resources?
Top

Grainvon wrote: ↑
Mon Oct 22, 2018 3:43 pm
The table is great, but I'm curious. Is there a way to modify "counter" damage? or affect resources in any way? Or allow item R&D without all the resources?

Not sure about the damage, but anything related to currencies or materials is server sided. You still have to grind.
Top

got a reply from gunho about my ban.
they can see if you modify "stats of a fighter"
Top

So like str/dex/etc? or damage stats? or exp stats? or statistics like #of kills and stuff?
Top

My guess is it's either a lie to make people not use the table anymore or if it's true then my guess is they can see your hp,stamina,dmg & resistance being changed by the table when used.
Top

Guys, Gungho has finally implemented some sort of anti-cheat. I tried quite a few options, inf dura on armor and weapons, inf ammo. The game will kick you out to the title page when you change area/access your item box. Actually anything that involved accessing the network.

Only cheat i think still working and still worth cheating is instant quest completion.
Top

zim
What is cheating?

Well, with the new patch, the game bugs the hell out, and kicks you off the servers, if you have one of the tables checked off. Game is dead with out being able to cheat. Even while cheating, i have died so many times, game is beyond rigged for you to buy death metals.
Mainly kicks you off if you have the tables checked off when you're in a loading screen, but doesn't happen every time. Somethings bugged. This was also happening before the patch on the 31st. Pre-update I set my health value to 5000, when the default was 200, and i would get kicked off the server 100% of the time when entering the elevator. I changed my health value back to default, and was no longer getting connection errors. Hopefully that helps in fixing the bug for a future table.
Top 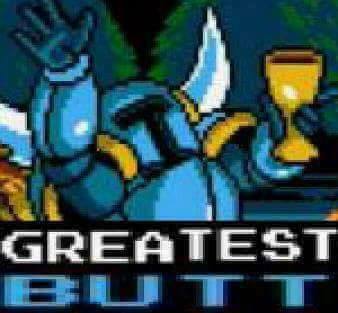 Inf Stamina and Invisible (that made you no damage too) still works Confirmed.
And no Kick-Out-To-Title

If your Fist mastery are LV20 + Good DMG plus Decals. You can still beat 50+ Floor Bosses. But long fight.

Well, it was fun. Time to uninstall haha. This doesn't have anything new over the PS4 version and I've been there and done that, so I don't really see a need to continue on if they're just going to force DM purchases. They got my one purchase, that's good enough. I doubt anyone is willing to try and bypass the anti cheat in a single player grindfest like this haha. It was a fun grind at least.
Top

ludens wrote: ↑
Thu Nov 01, 2018 10:22 pm
Anyway...the best thing is to play let it die without altering its normal operation, with a cheat engine. There is nothing more "rewarding" than, "to trial and error", overcome self-didactically - or not - by oneself.

Thanks for the input GungHo rep, but it doesn't really change anything. We know the purpose of the game already. Most of the people here, me included, have already played it on PS4 and just didn't want to spend another two years grinding to get back to where they were. I got back to where I was, turned off the cheats and just kept playing. It was fun, but at a certain point, DM are almost required. Be it to offset the OHKO enemies on the all Hater floors, the 5 item carry limit, Dusty uses and randomized elevators. It is literally designed to roadblock you and slow you down.

I'm not saying I disagree with your statements, but the game is built to be a long term grind, and we already did it once. No one wants to repeat it a second time. This table just offsets the time required on the grinding. It's still fun without the cheats, it always was, but there's just no way I can slog through another hundred floors. All I've used after reaching my PS4 point was just durability and occasionally the invisibility to grab some extra materials. Without those, it just becomes a crazy grind again, no thanks. I've had my fun between the two copies and I've purchased DM on both versions too, not because I needed them, but to support the game at least.

Honestly, I haven't even played in two weeks as it is, so this doesn't really make much of a difference, I was already about finished anyways. Once you reach the top of the first tower, there are no new bosses, no new enemies, just bigger damage sponges and harder hitters. TDM is kind of fun, but it's the same fights over and over and over with slightly different gear. It just doesn't seem worth the time investment to do the same thing over and over and over and over for little to no reward. It's a fun game, but has absolutely zero endgame. It's just a never ending, repetitive grind for better gear, to kill the same enemies, but stronger. Meh.

I'm sure that disabling this table is good for TDM, those jackasses should never have used it online anyway. So that's the one positive that comes from this. If someone really wants to cheat now, there's no stopping them. Every single game has hacks, every one of them, Anticheat or not. It just depends if anyone cares enough about the game to bypass it. And let's be real, this isn't a crazy popular game, it's very niche and a few year old port. I'd test the CH trainer and see if that still works, but I've already uninstalled. Again, it was fun while it lasted and thanks to IdleHands88 for the table. It was a nice trip down memory lane from a few years ago.
Top

Wow, what a long Inspired commentary.

In true, I play this game because It's free and have cheats,

If you are not in love with this game so much. I think you just accept whatever things that comes to you.

It's always be like this. When STEAM game updated and broke the tables. It's Natural Selection. You must adapted remaining cheats for your gameplay. If you can't, It's end of the road.

Until Owner of this Table found a way to fixed cheat options.

I'm not pure gamer. I use some cheats for many games for speedgrinding, Not PVPing. And stay low-profile.
I'm not a cheat-creater, not IT guys. But I know how they detected something (Because I tries many ways).

at least I give them some HOPE, some meanings to stay in this game. You still have cheats until Devs broke it all.
Top

1) Thank you for this table, after 5 minutes of playing the PC version and realizing just how glitchy/laggy it is i knew, one frame lag or glitch in the tower ruins my entire experience and there is no way around it. This table let me play the game and explore without going through the hell of repeated bullshit deaths caused by glitches. I have already finished floor 50 on PS4 (i quit before most recent patch) and i agree with everything said here. Ive done my grind and time, i don't intend to do it again. In removing these cheats, you have removed me as well.

2) Mr Gungho rep lurking, i am a whale, i've spent hundreds on the ps4 version, i would've most likely continued to spend on the PC version as the table doesn't negate the grind (and the game is still fun). So yeah, GG, lost a salary from me. FYI next time, just patch TDM; no one gives a shit about another person hacking the tower, it makes no difference to their experience. All you dumb asses using this table in TDM, you're totally retarded, thanks a bunch! Even with these cheats, the game still manages to find ways to 1-shot you or prompt you to buy DM. Probably why they're pissed, this is showing the game cheats you, even with infinite health and whatnot you still die.

I have zero intention on playing this game again without cheats. Gungho can't code for shit on PC and i am not risking my sanity to the pay2win death mechanic built in with this amount of lag and glitches. Ps4 was fine as bugs were few and far between, but this un-optimized poor port is not worth the stress.

On to the next project - Cracking Let it Die so it can be played offline without server callbacks. Hey CPY, you guys busy?
Top
Post Reply
283 posts