Status: On summer vacation until the end of this month

So this might end up as another big table

Right now I do have:

>Playerstats:
-right now the same as equipment editor really, but will also have hp/endurance/decoration skills, maybe equipment appearance in the future

>Item-Free Crafting & Infinite Items
>>>All armors craftable (*)
>Insta Quest-Complete (*) (if you skip cutscenes, you won't be able to help others in that mission later)
>Insta Quest-Return
>Insta-Complete Bounties (*)

>Gather specific item (*) (probably safe, but you never know, I won't spend time on removing ghillie mantles from your inventory

Please be responsible with this table, don't ruin the fun for other players online.

-Be very careful with the hunter rank, you shouldn't edit that unless you know exactly what you're doing.
-The same with Insta-Complete Bounties and the option for limited bounties (it can break certain questlines).

Always backup your save!!

thanks to nilfnumb!
I took the appearance offsets from your post, though I'm afraid I messed up the order for the byte types.

thanks to anonymous for the palico and tailrider related addresses

thanks to Squall8 for help with finding the armor editing code, we swapped weapon vs armor

, and especially for mapping the armor datatype. (That part might have been done by someone else, if so contact me and I'll credit you.)

thanks to kkkkyue for the char transmog values, pretty sweet^^
Have fun and stay cool, 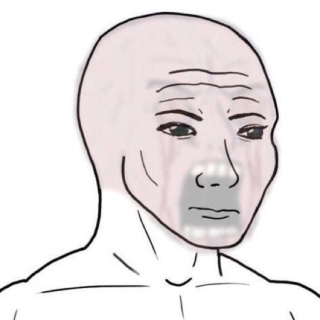 Two tables for two of my favourite games? You're a god, man.
Top

Thank you for the anti tamper bullshit killer hope you are having an awesome day happy modding :)

[USER=14219]@Sremmurd[/USER] Thanks, I am having an awesome day :) That anti-tamper is real bullshit, I can only image the poor programmers who gave it their all and thought very hard about the details of the implementation for MHW to maximize performance and then at the end someone decided to use Denuvo and it all became vain.
Last edited by seikur0 on Thu Jan 01, 1970 12:00 am, edited 1 time in total.
Top

It does many things, but I think it's not really an anti-cheat/hack and probably more of a drm protection with the side effect of protecting the memory as well.

It calculates memory checksums for some critical parts of the executable memory ever so often and if the checksum isn't the same as at the start of the game, the came throws an exception. The part where the checksum is calculated can be easily found with cheat engine and "Find what accesses this address" on some protected memory address, but there isn't just one part.

There are 260 of these anti-tamper functions and the memory checksums are really only a very small part of it, it's super inefficient and from a programmer's standpoint gross and the rest of these anti-tamper functions is probably for drm. These functions are of course part of the protected memory, so you need to disable all checks, if you want to avoid a crash. Each of these functions is trigger-based, so like "talking to the smith" or "changing location" will trigger it. And also the functions are not identical or anything, they're just loosely similar to each other. And they're tightlight knit into the game's event/task management, so you can't easily disable them whole.

For my script I settled for disabling just the memory checks. 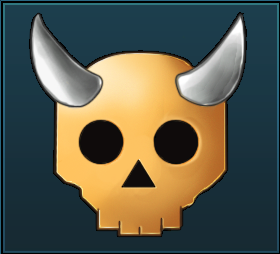 Well you saved me, somehow i ended up with HR 999, and this is the only thing i found to get it back to normal.

Only problem is that i don't know the exp amount to progress further normal.

So thats gonna be annoying to fix.

If any other people messed up like me, here are some values.

Thanks so those are Memory Integrity Checks. Got it :)
Top

The cause was probably the trainer i use and pressed a wrong combination basically giving me max exp.

But its fixed so np. 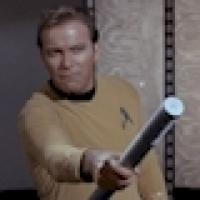 For the Insta-Complete Quests does it work with Optional quests? I crash everytime with the table attached. Even without activating those scripts.

Ok I edited my lucky vouchers to 9999 and the game does not like that. Any number other than the 3 I had originally seems to crash the game.

Mmmm, I did fuck up the level thingy too because if you go too high "just to check" you get automatically the quest needed to unlock the next steps but you will never get the other ones. Since I did invest quite a bit of time to get the same char that I have on PS4 (even with cheats, we're talking about 25h), I'm pretty sad about that. And I have no idea if you can find the toggle to force the game to propose those quests.

(In the game, if you get to level 99 for exemple, you're stuck at this level until you do one particular quest, and then, when you do it, all the XP you got while locked at 99 is added. 1st exemple is the level 15, where you can jump to level 2x when you finally do the important quest.[URL='http://www.ign.com/wikis/monster-hunter-world/Hunter_Rank'] More information here[/URL]. )

Well, if you have the time and a magic idea about this, it would be very welcome. ;) Thanks!

I'm pretty sure the max is 5 anyway.

Thanks for this awesome table. It appears to be the only one capable of auto completing quests. It seems to be working pretty good so far, however, I can't seem to get registered bounties to auto complete. Limited and Critical auto complete just fine however.
Top
Post Reply
631 posts