I think I have things ready for the release version of Pillars of Eternity II: Deadfire. This is for Steam version.

I might add more things if I can come up with anything else. Enjoy!

EDIT 1:
I am trying a different approach for enabling and some other options because many are saying the table is not working for them. It must be assert that is causing the issue. Try this EDIT 1 table and let me know if it works any better. I'm using aobscanregion and some compile methods with this version.

EDIT 2:
I put in some pointers for Current Level and also came up with an Ability Point modifier on level up, but it is kind of complicated to use. You appear to gain a power level every 2 levels. In order to be able to complete the level up, you set the amount to half of the total number of abilities minus 2. So for example if total abilities you can get at that level is 8, 8-2 is 6 and divide that by 2 equals 3. This is so you can get abilities left over on the next level up that doesn't unlock a power level. Anyway, it is technically possible to get all skills this way, but requires you to change the number accordingly. You all might also be able to work out how to delevel and get abilities that way also.

EDIT 2.5:
I found a way to improve the Ability Points. This time I have pointers to the ability points you have and you can edit as necessary to select abilities and be able to complete the level up also. I'm removing EDIT 2.

EDIT 3:
I figured out how to keep achievements enabled when using the command Iroll20s. This also allows you to update the flag if you ran the option without this cheat enabled. Iroll20s is what updates the pointer.

EDIT 3.5:
I found an option to set the Maximum Power Level when leveling up (9) for both single class and multiclass.

EDIT 4:
I put in a Reputation Manager option that will allow you to edit Faction Reputation and Dispositions. You have to view Reputations Sheet under the Character Sheet to update the pointer.

EDIT 4.5:
Someone requested Injury Prevention for Crew Members. I have no way to test as I'm not far in the game, but I think I have something that should in theory work. 100% Crew Injury Prevention is the option. Let me know if it doesn't work right.

EDIT 5:
I found a way to have 100 points for Berath's Blessings, but if you have no achievements unlocked, then you must load a save game and quit to main menu before starting new game for it to register after enabling the option.

EDIT 5.5:
Someone requested attributes to go over 35. I found the pointer that controls it (Max Attribute Stat) and also a Base Level Cap pointer. There are other global game settings, but I thought those are what's needed for now. You have to view character sheet to update the pointer and then you can change it and view character sheet again after modifying your attributes. They say Resolve should not go above 43 due to something with Hostile Effects Duration.

EDIT 6.6:
Updated to fix issues with table and version 1.2 of the game around July 4, 2018 and fixed issues with Clone Items, etc.

Chibi Icewing
What is cheating? 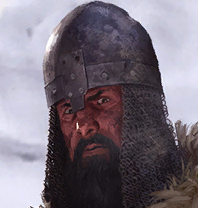 Won't work for me, either. Was really hoping to tack some more points onto my character.
Top

Doesn't seem to work for me. I'm looking into this as well.

They updated the game again. I'm looking into it.

Are you all that experience problems using GOG? Steam version still seems to work for me.

I tried activating it during the character creation in the steam version & it didn't work.
Top

Just wanted to say I'm using Steam and it works fine for me. But just clicking it to freeze the amount doesnt work, you have to actually change the amount. On another note, I've been using your tables for a ton of games DrummerIX thanks so much for them!
Top

Weird. I have no issues with it. Are you all using CE 6.7? It attempts to enable the Mono portion of CE. Try clicking on Mono -> Activate Mono features and see if it enables then.
Top

Try activate on the main menu, that work for me .

I've updated my game to their latest patch now, had it pre-loaded on Steam so we'll see if that's the issue.

EDIT: Yeah, it's because I was on the pre-loaded version. Gotta update to the most recent for it to work.

Apparently I had to verify the games integrity for it to patch itself & work with the table. Weird.
Top
Post Reply
484 posts