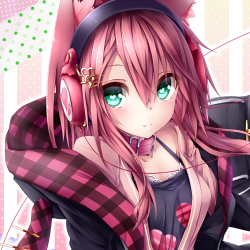 [InventoryItem] - Decrease an item, activate cheat.
[ReceipeIngredient] - Put up a blueprint, such as a house tree, look at it to see the ingredients needed and then activate the main/secondary cheat.
[FuelData] - Equip the Chainsaw, activate the cheat.

Originally, I posted this on this topic, but Kalas created this thread and it feels like the old topic has been abandoned. The old scripts aren't supported, but I'm leaving them available in the event that one of these scripts won't work for one individual, but the old ones will.

These are just the scripts I use when I play the game, from time to time. I made some, I added some to Kalas' scripts, and I think it's a pretty solid table.

Edit 5/22: Added some scripts... The table now includes: Standard disclaimer applies to the concept of ruining your save files or screwing up something being your responsibility, not mine. These scripts work for me, on my machine, on my version of the game (currently: 1.07). If they don't work for you, feel free to report it and I'll look into it and see if there's anything I can do. Otherwise, enjoy the table.

As a WARNING about my table: I don't recommend that you attempt to disable the main injection scripts once they've been injected. This tends to crash the game on some - like the [Fire Data] script, once Forever Fires has been turned on and allowed to run for a while. If you're going to attempt to deactivate one of the bracketed scripts (i.e. [Health Data]), save first. Your saves shouldn't be corrupted from any of this, as mine haven't after hours of gameplay, but always back things up. The scripts that activate the cheats (i.e. "Forever Fires," "Infinite Items"...) should be safe to activate and deactivate at any time. Typically, these are the actual cheats anyway, as the bracketed scripts run in order to get the data and only change it once they've been instructed through the subsequent script (i.e. [Torch Data] -> "Forever Torches"). In short: Once the bracketed scripts are running, don't turn them off. Everything else is fine.

Remember to make a backup file first. The new .dll file will enable the developer menu + GodMode (The built-in feature includes all stats such as Health, Energy, Fullness, Thirst etc...)[/QUOTE]

Also using Unlimited items seems to make some items disappear like the feathers.

yeah, feathers, tree sap, etc will overflow when you craft with it and remove it
Top

My "Super Torches" code has a problem right now, [S]and I'll work on it when I get the time.[/S] [S]It's not the right injection location.[/S] if you close the game without an active torch in your hand, the game sometimes has a hard time closing and locks up. Usually force closing CE will allow the game to shut down properly, but sometimes it causes hard crashes. And don't deactivate the script when a torch isn't in your hand. That causes a crash too. I don't really know any way to fix it, and it's not killing my save games, but it's the right injection location. Enemies will still catch on fire well after the torch should have gone out, so it's not just a visual address.

It's the best I can do right now.

The table I posted still seems to work the same, with the 1.05 update. That means that Kalas' table should still work as well.

Kalas, the pointers to armor can't be locked. I believe these are just pointers to visuals, and not the actual values. Your Perfect Body Temperature script doesn't seem to work, either.
Last edited by Sigan on Sat May 12, 2018 6:44 am, edited 7 times in total.
Top

does the Debug Mode work with the CODEX 1.07 patch? o.o
Top

If it matches the version I posted then yes, It should.
Top

Was there a patch or something after 1.07 as my patch Build is 2783484 and I cant seem to activate some options.
Top

Think there was a small update.

Are you having trouble with Kalas' table, or mine?
Top

actualy tryed both of them and had problems with yours and Kalas table, will try the updated tabel from Kalas and see what hapens.
Top

Well... Which scripts were you trying to activate? When did you try to activate them? What happened when you tried to activate them - did the "X" box fill in and then the script didn't work, or would the "X" not even fill in?

Or... you know, just keep trying them.
Top

That's because you need to do something in order to execute the script, let's say [FuelData] ( You need to have a Chainsaw equipped ) only then you can activate the Main Cheat / Secondary.
Top