So as per request, this is the current work completed on the game. Most of the game's values are completely static, rendering a lot of pointer scanning useless. However, this also means the table will have to be completely redone during every patch, so just bear that in mind. This is currently working on Version 1.0. Huge thanks gvargas and stuffy for helping, and for everyone else in the request section who helped with research.
The bolded update is the latest version.

Update 5: Added the rest of the battle pointers for all the characters. Also added a one hit kill Boss/Boss has no turns options. For now you have to start the battle and then select the on options from the drop down menu. May be buggy, and REMEMBER only works on bosses and single enemy fights. I also added adamapple's synthesis scripts in, but please read the warning in the Table Extras, I can't stress this enough. I also added some Anima pointers into the testing section of the table. Reason being the anima values are highly odd and even after pointer scanning them, they don't stay in the same spot. One of them should work for you, be sure to edit them outside of battle.

Update 6: Added a highlighted target's health option to replace the one hit ko on boss option, as it wasn't working correctly and this works on every target, including your party so be careful. Cleaned the table a lot, added total days passed to potentially help with the one timed section, also added an unlock all recipe hints option but please read the table extra warning on it. You make this feature work by selecting the on value for all 3 addresses. I've also moved the Anima pointer out of testing as it's working as intended, just edit your total out of battle. Also added the extremely handy highlighted item editor, be careful when adding traits/effects you don't have though, because if you go into your encyclopedia and look at them, the game can crash. So save just in case.

Update 7: Re added the target can't perform any actions feature, you'll find it as Highlighted Target's MP. Click the drop down to start it. Be VERY careful though. If you're not highlighting the enemy and say have one of your characters highlighted, they won't be able to perform for the rest of the fight. Also, some people did a ton of work behind the scenes, namely friendship addresses (select the drop down for both values and select max if you want to max them) and fixes to the infinite item scripts. Let us know if there's any problems on that front. Note that this is the last update, at least on my end until the next patch comes out, which is next Tuesday.

Want to help find the IDs for the item editor? Go here: [Link]

Sure wish that options from previous Atelier games, Sophie and Firis would work with Lydie&Suelle game

Definitely. I think the main option that would be worth looking into at the moment is item editing, since this series is so reliant on it.
Updated the table with more character stats.
Top

Do you know how to edit attack/defence/other stats ? I've tried and failed since those stats reseted for me when i went to battle.
Top

Do you know how to edit attack/defence/other stats ? I've tried and failed since those stats reseted for me when i went to battle.

Stats work really weird in this series, especially in this one. You probably found the static display for Attack (the green value), you'd need to find the attack value's in battle value and then pointer scan it, as it would be dynamic. Easiest way to do that would be to sit in combat and let something hit you and keep searching for your current HP. The attack value should be nearby. Just make note of your stats prior going into battle.
Top 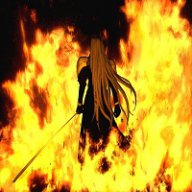 Definitely. I think the main option that would be worth looking into at the moment is item editing, since this series is so reliant on it.
Updated the table with more character stats.

Thanks for merging our work Zach, I gladly offer to work on that item table, just give us an easy way to keep changing the items ids and we will fill the values for you in a shared document like we did with Sophie and Firis...

Added 100 quality level to my table. Highlight item in menu to change. Works in every menu (basket, storage, alchemy etc.)
I've also deconstructed the item data structure, can now change items to whatever. Building the list may take a bit though.

zachillios could you please merge stuffy's new table with current table too ?
Top

Ok I did the first 100 items, someone else want to tap in and do some more?

attached is a little ct for first basket item. Simply go to forest, pick something up and change value to highest point, then increment value and keep adding to the list.

Oh, and the traits don't work the same way. They are the first 3, 2byte values after the quality level. Might have to build a list from reference.

Many thanks stuffy, now if only someone could finally merge your and main table together, also hopings someone would have time to search for stat editing, attack/defence etc.
Top

Merging would be zachillios I assume.
Stat editing is easy enough, pretty sure it is stored like a base value modifier, so as you level you have your initial base stat +(whatever the stat increase per level was) combined. Nvm, I'll sus it out real quick.
Top

Stuffy please make a shared doc with your ids so we can all work on them...

I merged the files, please let me know if they work ok for everyone...

I've been messing with traits, and... I swear there's "buffer" values. 18 is destruction up, 19 is destruction up +, 20-24 are nonsense???, then 25 is Fixed Power. Are destruction ++, and the merger traits from destruction, not in this game? Not unlocked? I'm confused. Hesitant to keep trying to work on it when I don't know what's happening.

The "Effects", like Physical Damage S, etcetera are right after the traits, 2 byte. Is the fourth effect slot not used, though? I can edit the first three just fine, but the fourth one stays blank no matter what I put in there. Doesn't even turn into "nonsense" like the traits do with invalid values. Confusing. Also just want to whine, seriously, "0" is physical damage S and the list goes up from there. 65535, or FFFF, is the "blank" value. What the hell, why. That's so unintuitive I don't even...
Top

So yeah, I was wrong about stats. There is a ton of compares and they seem based around this "encryption"

Keep up the good work

, let's hope someone could make options to edit stats with this code