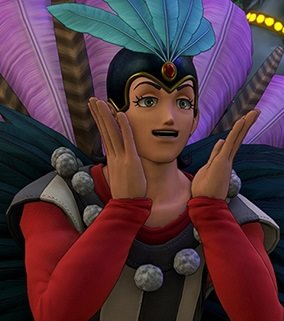 Character Editor doesn't seem to be working properly. No matter who you change the drop down to (for character), it always and only reflects Crono's stats. Trying to edit Marle's and Lucca's stats with no luck. Anyone else having this problem?

Thanks! Never would've known or thought about that! Unfortunately what I had intended to use isn't working. Wanted to increase Marle's XP to catch her up with everyone else, but increasing it did nothing for her Next. :[
Top

Have the issues with the character editor been fixed yet?
Top

I tried it and it wont load any adresses seems like there was another update maybe? if so could we please have an updated version?
My copy says its version 2.0.6.0
Top

anyone mind adding an option for the tent mini game to auto-clear? the one where you have to mimic the clone. i ask this as theres an item there thats needed to beat the game, and i suck at it. and i dont wanna fuck up my key items to get it.
Top

Made it so you can see the first 10 items in the inventory instead of only 1.(Having to manually adjust the items in-game or edit the value for "Inventory Slot" was annoying.)

Yes, you can add items into the WRONG category. For gear, just equip them and de-equip them and they'll go into the their respective category with the de-quip. Key Items should work from any of the categories. (The inventory is only UI split nothing more!!)

Going high enough with the "Inventory Slot" value will actually start showing items from the another category. (Starting with Weapons and ending with Key Items. (From the consumables, a value of 43 for "Inventory Slot" will put "Item Slot ID 0" right at the start of key Items.))
---
Edited the "God Mode" script to also include MP. This depreciates the "Infinite MP In Battle" script. (Which does work perfectly for what the assembly code is doing.)

You'll see the MP drop briefly specifically during the techs animation sequence. Once the sequence is over, the MP will be restored.

e.g.: Pause Timers, Remove MP, Start Animation Sequence, Remove HP (if any to be removed), End Animation Sequence, Refill MP, Remove Actors with <= 0 HP, Resume Timers.
---
The "Infinite MP In Battle" script is flawed in that it only works for the character who you selected to use the tech from only.
This means it works for techniques that don't involve other characters has Dual and Triple techs would still drain MP from the other(s).

This is why I believe it was viewed has working intermittently.
---
Added Zeikar's & Dharthoorn's tables to the Character Editor. Zeikar added Equipped Item entries and Dharthoorn added a plethora of other entries.

If you set the entries 'XP/TP For Next' to one for instant level/instantly learn a tech after each battle respectively. (This does throw off the EXP charts has "EXP" will show how much you've actually earned! You can reach level 99 with just 99 EXP earned using "XP For Next"....)

For those who have troubles with the stats holding the edit. I was able to determine that the game will recalculate the stats when you level up. Set the BASE stat entries to the desired value and then level up and the stats will recalculate from the new base value. (Speed is an oddball stat in how it works (or Dharthoorn didn't find the associated base) addresses.))
Swapping of the gear will merely update stats to reflect the changes from the bonuses entries in-game.
From what I gather from observations, Item stat changes are calculated AFTER direct stat bonuses. This is why you don't see item stat effects effecting the stats on the table, yet the tabs/capsules can be seen effecting the table with the base stats. (The tabs/capsules would increase the "base" stat directly. (DrummerIX gave the Base Stat Bonus addresses, which is why they would reset from time to time.))
Ultimately, like many JRPG games, ALL stats are recalculated at level-up, so any edits past the "base" would be undone at level up.

I did redo the drop down options for the gear slots, due to it didn't display the gear names sometimes. (A bug I guess? So I just hard set them instead. (Nintendo DS Item Names were used (Ayla's weapons have extra info for help to know which is equipped), sorry to those who use SNES translations!))
I didn't include all of Dharthoorn entries, has I found those entries weren't necessary.
I removed the character select entry has it was no longer needed.
---
Lastly, I added the entry for Cat Food. No more having to play the tent games to refill the cat food bowl!
Getting the extra cats... 7 in all? Have fun.
---
A lot of minor edits and lots of explanatives make a big post. :shrug:
No, I will not handle Tech unlocks or the Extra Menu unlocks. I do minor edits! File Structures is a over my knowledge level. (Technically the MP bit is over my level! I just added 6 lines of code which repeat what DrummerIX did for the HP but the offsets are set for MP and that worked beautifully.)

Spacial thanks to DrummerIX for the original table, Zeikar for the Equipped Item locations, Dharthoorn for the Base Stat locations and everyone else who helped to make the table and keeps the table updated.

Shadowplume Robe is missing from the dropdown list of all tables, ID is 1027
Top

Shadowplume Robe is missing from the dropdown list of all tables, ID is 1027

Thanks for the info, I've updated the table with Shadowplume Robe and Headman's Scythe added to the drop-down menus.

I've also 'soft' checked for if anything was else missing, didn't appear to be.

[S]Sadly, I don't know how to correct for the "Add All Items of Current Type (View Inventory First)" script not giving either or. Which it does seem to miss both items while giving an extra accessory that technically doesn't exist.[/S]

Added the missing items to the "Add All Items of Current Type (View Inventory First)" script and removed the fake accessory item as well.

None of the CE tables posted in this thread worked in my game’s version “Chrono Trigger Limited edition”, which has the PID 0530 (hex).

I only want the In-battle vit cheat, mainly the enemies and bosses vit, like Lavos, because I willing to get all the endings in the game.

The only thing I want is someone explain me how to grab the in-battle vit variable because I wasn’t be able and I tried everything (exact value, unknow initial value, 1 byte, 2 byte, 2 byte big endian, float, etc) and I thought maybe the adress value contained in the pointer changes everytime is overwritten the value of the variable pointed at by it, or some trick like that.

PD: with the money, EXP, PT points I have no problems to find them. Vit variable is struggling one and those are easy. That’s the most worryfing thing to me.

When i try to run this table, in the first time the table enables but all the values show ????? and dont work
If i close the table and try again, i cant Enable and the message "The Array of byte named SilverPointsAOB could not be found".