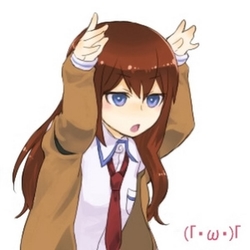 [USER=17071]@FACEFACE02[/USER] for stamina, as long as you can get farmer pointers work, you can just tick the box before stamina to freeze it.

And to your interesting bug encounter [USER=7769]@Angelus[/USER] , I have not encountered it myself, so I don't know how to fix it yet. But I have known that some items in the game have a wide range of IDs, so maybe it's a normal thing? I am honestly not so sure about that.

Random Task
What is cheating?

Is there a way to make it so that fishing guarantees that you catch a fish instead of potentially trash?
Top

[QUOTE="Random Task, post: 45323, member: 17146"]Is there a way to make it so that fishing guarantees that you catch a fish instead of potentially trash?[/QUOTE]

When stardew valley first came out there was a table that you could select which fish you wanted to catch, this was quite a long time ago though, so when it was set you would fish up whatever fish you selected no matter the location
Top 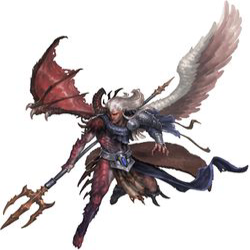 Afterthought edit: the "Set NPCs Friendship Points [To Activate/Update: Hold Rightclick on NPCs]" also did not seem to work. The one under it, "NPCs Pointers [To Activate/Update: Hold Rightclick on NPCs]" would pull up the NPC, though it also had a certain bug... But it worked. Unsure if the recent table update helped fix the Friendship Points one, about to get back on and test the table some more.
Last edited by Angelus on Thu May 10, 2018 4:33 am, edited 1 time in total.
Top

That would be a nice feature to have, I will work something out when I have the time. I am also working on Free Crafting feature (you should already known if you pop the IGNORE header :p)

Also if you want to get a specific thing, just use always catch fish feature, when the mini-game starts, pop the Useful Fishing pointers, and edit the Fish ID to the thing you want (can be anything, not just fish), and then wait for the cheat to automatically catch the "fish" for you.

[USER=7769]@Angelus[/USER] I am about 95% sure that the set friendship points does not work because the signature I used to scan for was garbage and I couldn't find any way around. About the NPCs Pointers feature, I haven't had any bug with it, can you tell me what bug you got?
Last edited by Rudo on Thu Jan 01, 1970 12:00 am, edited 1 time in total.
Top

About the NPCs Pointers feature, I haven't had any bug with it, can you tell me what bug you got?[/QUOTE]

Well I have an odd thing where when I alt tab it doesn't "pause" the game, which casues the NPC Pointer to randomly change to other entities. My example was getting Linus on the table, alt tab, then for some reason it randomly swapped to Vincent. Who was not even on that particular area of the map. Upon checking, I also got random entities such as the animals and what not (i.e. the butterflies etc). It was a very small strange bug that was easily bypassed by just bringing up the menu or hitting /pause after getting the NPC I wanted. So I would just hold right click on Linus, make sure it was grabbed on the table, and then pause the game in one way or another to allow it to solidly hook what I wanted.

Again, I am unsure how it would work, I am not skilled in finding a variable and making it work permanently. I am only competent enough to do the search function per time I play ^^;;

And on the topic of not getting trash via fishing: if you can use the Fishing skill gained at level 10 Fishing "Mariner" which makes crab pots no longer get trash items as a base, could you potentially apply that to fishing in general? Unsure if that skill can be isolated and applied elsewhere, but it is pretty useful to cut down of "Junk Items" (even if you can throw said junk items into a recycler to get some semi nice stuff outa it, though I suppose that won't matter with the rest of the table).

[USER=2048]@Rudo[/USER] it happened again, attaching screen shots that show the address. Hope to figure out what causes the sudden address change that causes things to not stack properly.

ok here is some in-sight about the table. I don't actually find variables and hook the intructions that change it like other tables.

What I did is I decompile the game with DnSpy, use WinDBG to get the stuff I want and then hook the very function that the game uses to retrieve pointers.

And due to that reason, that little bug occerred. I hook the get_dialog() function to retrieve NPC pointers, so if the game uses that function to get dialog for another character (eg. Sam) it will change to Sam instead of the NPC you are actually trying to retrieve pointers from. I can get around by hooking another function that would do the same thing, but the get_dialog() function get JIT-ed very often, it means we don't have to actually do anything to activate the cheat, also that function is not likely to change overtime (it's a good thing, because that way the cheat will last through updates). I probably will be hooking another function later when the beta hits stable branch. For now, you will just have to get the pointers and pause the game a little bit.

Same thing goes for the Friendship pointers, I initially hook the get_points() function to get the friendship points, but that function has a pretty crappy signature to scan for, so it's not likely to work. So I get around it by hooking another function, NPC_getgift() function (it's available in the new table v1.3.10) as an alternative.

The upside is this function is very consistent and will only update if the NPC gets a gift from you, so it won't change unless you gift them. Downside is this function only gets JIT-ed when you actually gift someone first (so in order to activate the feature, you have to gift someone first). So to use this feature effectively, first gift a random NPC, activate the cheat, gift them something again (it will say you have already gifted them, but the table will update the pointers). And then you can just change the friendship points to whatever value you like OR you can just freeze giftsToday value to 0 and you will be able to keep gifting them that day!

And the last thing is the junks, that is actually a good idea. I will try to force that effect onto the player so they will never get junks. But that is for the future :p

Also if you want to get a specific thing, just use always catch fish feature, when the mini-game starts, pop the Useful Fishing pointers, and edit the Fish ID to the thing you want (can be anything, not just fish), and then wait for the cheat to automatically catch the "fish" for you.
Top 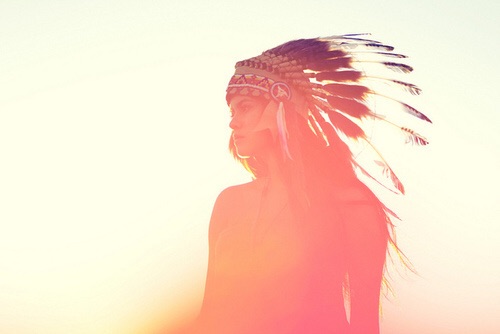 Outstanding job with the table [USER=2048]@Rudo[/USER] I've been able to activate farmer pointer, unlimited stamina, fishing pointers, stackable items, and npc pointers. That's about all I've tried using. Gotta say I'm impressed with the fishing item IDs. Wasn't expecting such a large list but I'm glad it's there. One thing I need to try is freezing time, but I'll try that next time. Thanks for the table though.
Top

[USER=2425]@ImpalaPUA[/USER] yeh, I figured that one out, it is pretty annoying sometimes though lol. Also it somehow broke the perfect for Always Catch Fish. Though [USER=2048]@Rudo[/USER] says it has always done that, it didn't do that before recent updates lol. And I am talking like back when only a couple of the codes worked :P

All in all though, even with the sudden crash to desktop issues every now and then, it works pretty well with only minor client side fuck ups. Also confirmed that you can use a lot of the things in Multiplayer (have only tested as the host) and, as an example, using things like Instant Grow Trees will grow them on the host side, but others still only see the seed. So apparently I just had a lot of floating Tappers on non existent trees XD. Have yet to really run into anything that doesn't quite work since working with Rudo, just the random CTD every now and then. And that is kinda to be expected. Beta build + hax = CTD is common, yknow :P
Top

Stamina script broke, everytime I swing my axe it goes to 0

Farmers Pointer [Stamina Inject] Broke too, it doesn't find any of the stats for my farmer , also how long it takes for the upgrade tools either

how to use this table?

I have a quick question, how does the hoe dirts instantly watered and fertilized work? I haven't been able to see any success in watering or fertilizing the soil.
Top

[QUOTE="NxE_Forever, post: 46680, member: 17545"]I have a quick question, how does the hoe dirts instantly watered and fertilized work? I haven't been able to see any success in watering or fertilizing the soil.[/QUOTE]

u should watered at least one or two hoe before active

alot of function does not work anymore pls fix it thank you
Last edited by kangloveyou on Wed May 23, 2018 2:21 am, edited 3 times in total.
Top

The game is being updated quite often, so expect certain things to break. Be sure to leave a detailed list of what needs being fixed.

I.E. if the `Hoe Dirts Instantly Watered and Fertilized` no longer seems to work, type that. Or if a specific fishing thing doesn't work, such as `Instant Fish Bite [To Activate: Catch a fish]` also works.

Being able to know what actually is broken helps to speed up fixes.