if you like the series, you'd have play this once or twice already.
I played it first on nes, it fills my summer with joy when I was a child. one of the games that I would use a Japanese dictionary to find out what the hell it's all about.
Made by Cielos
ok, here's a quick table for the game. not much right now, but I'll definitely update it with more stuff. but the updates may be quite slow, as I'll have to use my friend's pc to cheat. fortunately my friend likes the game too, so I may be able to cheat more frequently.
enough said, here are the options:

Update(s):
Update4.2
- updated Undead script, before this update, it would always work on the first character, but it may not work on the other characters sometimes. it should always work on all characters now.
- updated No Job Restriction in Equip Menu script, just correct a line of codes to prevent possible unwanted results.
- added a dropdown list for the Item ID of the Highlighted Item, so that you can swap the item easily. the ID list are from here.
- added a dropdown list for the Characters' Models.
- updated the Status Effect pointer. it was just a byte, which should be separated into 8 bits representing 8 status effects.

Update4.1
- Characters' Model would crashed the game cause of a stupid mistake I made. fixed now.
Update4
- added Characters' Model which allows you to change the character's model to any job's appearance.
Update3.1
- turns out Job Lvl Up with Each Battle would level up the Right Hand and Left Hand levels too. updated the description.
Update3
- added 2 scripts: Status Change Spells' Behaviour and Job Lvl Up with Each Battle
- added a few pointers: all 4 characters' 5 stats and their base, and both Right Hand and Left Hand Lvl and their experience.
Update2
- updated Inf. MP, it works on cast Sight, and should works even if you have zero MP now.
- added a few scripts: One Hit Kill, Inf. Item, No Job Restriction in Magic Menu, No Job Restriction in Equip Menu, and Physical Attack Multiplier.
- add pointers to the whole Bestiary
Update1
- updated Undead script, it should works when being "back attack" now.
- added a few scripts: Inf. MP, Inf. Arrow, No Job Adjustment Phase, No Random Battle, Job Lvl Up with 1 Action, and EXP Multiplier.
- add some pointers: all characters' Formation, Status Effect, MP and max MP for all levels, Current Job and Job Adjustment Phase, all jobs' Job Level and Job EXP, Highlighted Item's, and the first 20 slots' Item ID and its Quantity.

Scripts:
Undead
- your party would still take damages, but they won't be killed.

Inf. MP
- MP still drops but you won't use them up.

Inf. Item
- quantity of usable items won't drop below 2.
- can still be sold out in shops if you sold it all at once.
- ID check is implemented so that it works on usable items only. (won't affect weapons/armors/spells/key items.. etc)

appear as Freelance if the job is Onion Knight
- as title said, need to activate Characters' Model first.

No Random Battle
- you won't have any random battle.
- press Ctrl while moving for an instant battle.

Physical Attack Multiplier
- there's a multiplier for each characters.
- all 4 multipliers default: x1

Status Change Spells' Behaviour
- 2 scripts are presented after this script is activated.
- Always Hit Enemies: status changing spells cast on enemies would always hit; you still can't hit the boss with, e.g., sleep spell though.
- Always Miss Party: status changing spells cast on the party would always miss.
- Status Change Spells include: Shade (Paralysis), Sleep, Confusion, Silence, Blind, Mini, and Toad.
- note that status change by any means other then SPELLS won't be affected by these 2 scripts. e.g., you may still go to sleep if the enemy's physical attack could cause sleep.

Job Lvl Up with 1 Action
- every action would max out the job exp for the current job lvl.
- note that you need to do one action for a character to gain a job lvl.

all 4 Characters' Name
- you can actually rename the character here.

Status Effects
- there are 8 status effects you can edit with: Dead, Petrified, Frog, Silence, Mini, Blind, Poisoned, Near Death.
- value 1 means you have that status effects, set the values to 0 to clear the effects.

Right Hand Lvl, and Left Hand Lvl and their EXPs
- they controlled how many hits each hand can do per attack.

MP and max MP for all levels

current values, and the bases of Strength, Agility, Vitality, Intellect and Mind.

Current Job and Job Adjustment Phase
- it seems changing the Current Job would change the job title and appearance only, while the job stats and battle menu won't be changed at all.

Highlighted Item's, and the first 20 slots' Item ID and their Quantity
- it includes the inventory menu (in battle or not), the weapon list when you are in the equip menu (in battle or not), and the spell list when you are trying to "learn" a spell.
- for the Highlighted Item, changing the Item ID value would bring up a dropdown list of all items, you may easily swap the item by select one. (the item list are from here.)
- check NeoRizer's post for some of the interesting items' Item IDs.

all 226 Bestiary entries' killed counts
- not all entries are named. you'll have to named them yourself as you identify them.

Notes:
- the addresses are all static, so you don't really need to use pointers actually.
- scripts have AOB scans, should works on your game too.
- scripts tested on RELOADED.
- probably no more updates. Infinite MP doesn't work on the steam version, even if I've used spells in battle/etc. Nor does Infinite Arrow nor Infinite Money (even after buying items.)
Top

iyeru wrote: ↑
Sun Oct 08, 2017 6:57 pm
Infinite MP doesn't work on the steam version, even if I've used spells in battle/etc. Nor does Infinite Arrow nor Infinite Money (even after buying items.)

how does it not work for you?
do you mean they can't be activated?
Top

Yeah, cheat engine hangs for a bit, then just selects the row those are on, without putting a tick/X on the boxes for them.
Top

try this script and see if this works for you first:

copy and paste the above ONto the table you're using.
when activated, anyone from your party should be able to cast a spell with 0 mp, inside or outside battle..

hope this work for you~
I'll take a look on the other scripts soon...
Top

Thanks so much for this table!
Top

ok, updated the table, it should work on the latest steam now.

updated scripts:
Undead, some offsets were off, and it would only work on the first party slot. it's fixed.

Ignore MP, rewrote of the Inf. MP script from scratch. as not only some of the AOB were defected, the game codes that handle spell casting have been altered quite a lot that render some original injection methods useless.
its functionality is now:
- you can cast spells with ZERO MPs.
- MPs still drop when you use spells until they reach 0.

Inf. Arrow, some registers changed, just need to update the AOB and the code a little bit.

Ignore Money, similar to the spell casting, the handling codes were changed, thus it's rewritten from scratch.
its functionality is now:
- buy things / sleep at inn with 0 gil.
- gil still decrease until it reaches zero when you use it.

It works for weapons but not armor and shields.. any fix ?

I kinda wanted to pimp up chars with Job gear but doesn't work for me. 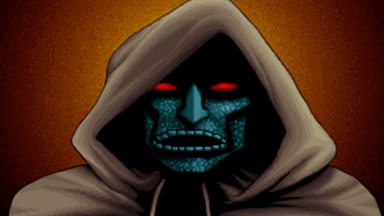 Everything works great except for Infinite MP. Awesome job with the Job Level up and XP multipliers!
Top

Did you get the Job equipment work on different Jobs ? Like a Ninja with Celestial bracers?
Top

Had same problem not being able to tick the Inf MP box. When I replaced the table script with what you quoted here, worked liked a charm on steam version!!! Still can't get Inf Arrows to select but I CAN just edit my Gil and buy a whole bunch. my little work around until I can learn this scripting stuff myself. AWESOME job with this table though! Thank you so much!!

EDIT1:
oh and also I can't select the Inf Money either. But I can alter the actual amount through the pointer section so it equals out.

EDIT2:
Any chance for a Save anywhere option? not sure if this is possible or not but would be nice!

does this work with the new update?
Top

Any Updates for a new version?
Top

It's wierd how this game get a mysterious update and now the table no longer works.
Top
Post Reply
20 posts