theHunter™: Call of the Wild 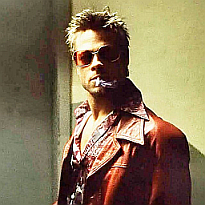 no problem,changing the backpack should remove all items from inventory; which saves time if you bought something new

rambo99jose wrote: ↑
Wed Aug 07, 2019 10:36 pm
no problem,changing the backpack should remove all items from inventory; which saves time if you bought something new

The only thing is if you are going to change of reserve and you need some diferents callers ands scents, you need make it all from the beggining.

, but I must say this "mod" of unlimited carry is really very useful if you use - carry 3 weapons, 3 tripods and 3 tree stands.
You can pick all portable structures you want if they are of the same color: [Link]

If in the game had differents profiles of inventary these -remove-load all items- wouldn´t be necessary.

Sometimes changing backpack doesn´t work and I only can remove items but not add items, so when this happens I need remove one by one.
Top

First of all I want to say thank you very much to:

- xorps: "fix optic" script is wonderful if you are playing in pc with a xbox controller. It´s for NO RECOIL AND NO WOBBLE WHEN AIMING
- rambo99jose: 'freeze_weight' script is really great and useful and make the game more dinamic and you can have a lot of items without backpack, so less noise.

Spuck
What is cheating?

Hey guys!
my first time sharing something publicly
with some help by pigeon I managed to make animals stay spotted once more!

Just got an idea how I can try to make "bullet time" in this game. Fortunately, I already have almost everything that it required and the only thing to do is to figure out all the logic/connections between scripts and find good injection points (camera here is real shit for this task...). Here below the video with very first test. This is more proof of concept than even WIP so don't expect much

But it works. Only one major flaw that I'm not sure I can deal with: COTW doesn't rendering bullets or traces of bullets and even seems like flying arrows could be a fake, but maybe there is just bad injection point... Need to find and test weapons settings (maybe we could enables traces that will looks similar to traces from Generation Zero, since it's the same game engines).

I'm using pretty outdated game build here. Will update table when EW release new patch with DLC and include this "bullet time" scripts. Hopefully, this will work normally in the end

- added "Bullet Time" group of scritps. Still in development and there is few issues. The whole code and logic should be improved/optimized as well, but so far this at least working. For exit from "bullet time" mode after target being hit, you need to press "Q" key. You can change it by editing it on two values that contain "(Q)" on the end (it's just hotkey, that was made with standard CE feature, that send "0" to the value). "Debug values" doesn't change anything, they just showing as "display values".

known issue.
"bullet time":
- if you miss the target, you can't exit from "bullet time" mode normally until you hit something. Or you can assign you own hotkey for "Enable" header though, but I'm looking for solution that will allow to do so without toggling scripts;
- animals could stuttering after some amount of time after being hit. It's something that appear after update for the last game version. Will see if I can fix that later;
- few times in the beginning I've got bug when after hitting the target my player model was launched to the sky xD Surprisingly, this was because of lot of calculations in the "Bullet Start Speed and SlowMo mults" script. So i made it shorter and no launches to the sky anymore, but maybe this depends on PC performance...
- no bullets from revolvers and riffles since the game is not rendering them and I guess I can't do anything with it;
- some arrows could clip (disappear) from particular angles of view if you follow them with very short distance offset.
Let me know if you found something else.
others:
- if you try to freeze animals movements with "Player_and_Animals_Freeze" and/or "Animations_Speed" group of scripts, they still could time to time teleport to some distance ahead, especially when they are not in you sight. Can't find why that happen and how to fix that.
- "Animations_Speed" scripts also affect player, but those supposed to be used with the free camera only.

I'm looking around for cheats like skill points, perk points, and money. Where do I find these addresses?
Top

Thank you very much for sharing these tables!
A question, could you get the table for version 1.47?
And the other question is if you can increase the rendering distance of the grass in the table even more? Thanks!
Top

sdds_78
I'll update it after the next Savannah hunting lodge game update (Nov. 14). About the grass I don't think so. I remember how I tried to do so, but since with the "improved" distance it's loaded grass as some kind of "chunks" I can't figured out how I can increase those "chunks" distance. In terms of game logic (or rendering logic) it's looks similar to how snow/rain rendering distance working. Snow/rain rendering only in one rectangle around the player and I wish I could find how to increase it's size (originally it's 16x12x16 meters long) or add another rectangles around, but those tasks required much more skills than I have :/
Top

I am very grateful for the effort you have made with the mod, I will not ask for more. And I will wait for the next update. Many thanks!!!
Top

- deleted scripts such as Player_and_Animals_Freeze (no real point to use that) and "Tracer Arrows - HeadLamp - Other Lights _RGB Settings" with "Bullet Time". Bullet Camera is just seems useless since bullets are not rendering. Tracer Arrows RGB colors looks fun, but personally I don't use that, so if anyone want that, I can update and include it;
- added to "Exposure_Manual" switcher which freeze exposure value. Can be useful for using with SRWE when you want for some reason to combine 2 or more images later with the same exposure value;
- moving back "Freeze Ducks" script. Every update it's broken and bit hard to find again;
- another injection point for "Calm_Animals". So before animals actually can noticing that player somewhere near by or even rotate to player position. For now animals shouldn't react to player at all;
- in "Static Graphic Settings" fixed "Vurhonga Savanna" script, so it should show proper values now;
- added to "noHUD" script for disabling camera rotations with mouse movements;
- added for both "Graphic Settings" and "Static Graphic Settings" group "- - - Copy/Paste". This could be useful if you want to store all the values from the group at once and load it later. For that you need to enable "Copy_Graphic_Dynamic_Values" or "Copy_Graphic_Static_Values" script. It will copy to your clipboard array of bytes, which you need to past in "Template" script (see "Example" script). After that you can enable that Template script and it will past values that you stored here (I'm not native English speaker, so I guess this explanation is terrible. I can record on the video process if someone need it).

thank you!! I was waiting for him !!
Top

can somebody make a update cheat table for version 1750519 for this game with inf ammo and inf stamina and so on?
Top

- added infinite ammo script;
- removed "Freeze Ducks_onGround" and added to the Animations_Speed group "Moves_Ducks_Hirsch_onFly" script, which should freeze ducks in Hirschfelden during fly only. Will check how it's working in other reserves as well as script for ducks on ground later;
- added "Clear Outposts Couatro Colinas" script to Clear Outposts group;
- added "Max_Up_Down_Camera_Angles" script for being able to rotate camera straight up or down (camera can glitch if its rotated too much);
- changed logic and injection place for "Fast Travel To Camera" script in free camera group. So for now there is enough to press Middle Mouse Button if you want to move actual character coordinates to your free camera position (similar to how it's works on official EW streams except it doesn't turn of free camera). Note that you should make one normal fast travel in the beginning of the game. Otherwise, it wouldn't work or move your character to 0,0,0 coords. If you want to change hotkey, you should press on "Fast Travel Switch (Middle MB)" address with "Ctrl + H".