Thanks for putting this up so fast. Sorry to be a pain about it, but is there any chance of getting pointers for the Geniuses? I'm getting the supers popping up a lot and by god are they annoying. My entire base is filled with body bags because they keep fighting my minions who try to lead them out.

I trust you set the value to "1" and didn't try to just check the box.

Zanzer.... I fell like one of those idiots, right now, you know? Thanks to you and Jessen for the help. I'm embarassed, this isn't my first rodeo, but I missed that one, sorry... Working great. On my way to testing it now! Thank you!
Top

Thank you sir for the research option, the grind to get auto tag zone for killing is soo damn slow...
Top

Thanks for the table!
I have encountered a strange bug: not only my minions', but also the enemy agents' stats are frozen when I toggle the 'Minion Stats Don't Drain' option.
I play on DX12 and use CE7.2.
Top

I wonder if it would be possible to change the default 300 minion cap?
Top

Zanzer.... I fell like one of those idiots, right now, you know? Thanks to you and Jessen for the help. I'm embarassed, this isn't my first rodeo, but I missed that one, sorry... Working great. On my way to testing it now! Thank you!

You have to change value to a 1 it works, it unlocks the research but the training items you need to train the scientists are still locked, so you need to save and reload with the cheat active, then it works.
Top

Thanks for the table!

Full disclaimer, this below was using the table on Vulkan, not DX12. It's possible that the weirdness is due to that, though given what's happening I kind of doubt it since this just feels like how the AI works.

Both "Instant Smarts Recovery" and "Minion Stats Don't Decrease" seem to cause as many problems as they solve. Specifically, Instant Smarts immediately locks all minion and henchman stats at their maximum values (not just Smarts), and "don't decrease" effectively does the same thing once a minion restores their stats. (EDIT: slight correction, it may be the combination of one of those with the "Full Smarts" option). This is pretty great, but having minion stats locked at max seems to screw up world domination. Specifically, so far as I can tell, once a minion starts an action, they do not look for other possible jobs until either 1) that action naturally completes, or 2) they run out of stats. Workers, Guards, and Valets all have a number of infinite jobs available to them (eg, Workers using the radio broadcasters in the comm. center or manning counters in the cafeteria, Guards at guard posts, Valets at any casino job). Once a minion starts one of those jobs, they will never stop. If you don't have a bunch of spare nerds around, this results in enough of your minions getting locked up on their current tasks that your world domination schemes will never get enough minions to depart at the helipad.

Ideal would be one of three things, really:
One, if it's possible to have an option to only lock Health at max (not Smarts/Morale)
Two, if it's possible to get a configurable multiplier on stat drain rate (instead of the current options' "they don't"),
Three, if it's possible for Instant Smarts Recovery to actually do what it implies -- that is, don't affect values/drain rates, but instead make stat restoration instant/faster to keep minion downtime at a minimum

As it stands, you can also just disable the option and let minion stats exhaust when you need to do some schemes, so this isn't catastrophic, but it is a pretty unexpected drawback to the options.
Last edited by Virtia on Thu Apr 01, 2021 3:27 pm, edited 1 time in total.
Top

Thank you for the very useful training!

But, is it only me: durability drains too fast at power generators, transmit stations and all the traps... So i have 25 fixers and always broken tnasmitters, gens and traps... Any ideas?
Top

Having an issue where all the bad guys are invincible as well. I have everything activated except the gold and the UNKNOWN. Version.7
Top

Homura135
What is cheating?

So the cheat Minion Stats Don't Drain also affects investigators. Is it possible to fix that so it only affects your minions?
Top

Homura135 wrote: ↑
Thu Apr 01, 2021 7:21 pm
So the cheat Minion Stats Don't Drain also affects investigators. Is it possible to fix that so it only affects your minions?

Instant Smarts Recovery + Full Smarts works in my game to freeze all minion stats at max (although running on Vulkan).
Top

Minion Stats don't drain works but it also affect the enemy investigators and people your trying to interrogate...
Top 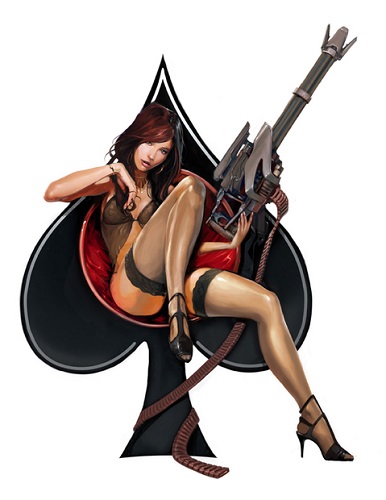 The dude above you got the correct idea. use the "instant recovery smart" option which will instantly recover the needs when it goes down.

Now, i have been testing that option, and zanzer-san, i have found out that freezing the "Smart" and "Moral" would prevent the Minions AI to update their "to do list" which will cause them not boarding the helicopter when i prompted them for an aboard mission. i would suggest an option that separate the "instant recovery" for "vitality" with "smart" and "moral" which could be used as a base for "immortal minion" while still having the a.i functioned normally on performing work around the lair
Top

btw, i was easily able to edit the number of current minions, to allow me to increase how many i have, i didnt go too crazy, i figured enough for 25 of each subtype(300), and and extra 200 workers. Everything seems stable.

Ive also set my genius and henchmen current and max stats to 999 so they even regen up to 999 if they looose any. Find any of their stats as a float value, should be 2 values, search each in memory viewer to find the values for all their stats.
Last edited by Ashar on Fri Apr 02, 2021 4:41 am, edited 1 time in total.
Top
Post Reply
77 posts