Have you checked my edits? We're not missing any. I've updated them as I found them. Check previous page. 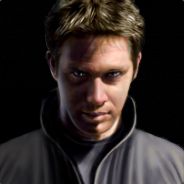 Excuse me. But where can I find hashtags for Immortals store and other things. Some Excel file?
Top

^ Through the pages. You have 10 pages in this topic, myself and other people have posted lists of hashes (not hashtags) along with what you get for using that hash. Regarding hash vs. hashtag: "hashtag" is called like that because it resembles an H (#); on the other hand, a "hash" is -> [Link].
Top

Read. The. Entire. Topic. Stop. Filling. It. With. Questions. That. Already. Have. Answers.
Top

Is it legal to get the Helix items via cheat? Can you get banned there or something?
Top

No, it's not and since it's a single player, you don't get banned.
Top

Sunbeam you have outdone yourself again Sir! You are both a Scholar and a Saint!
Top

I confirm the Give Item function works, with default list from [ 5 Dec 20 - Hit #4 ] CT update and laste CE version 7.2, works with Ubisoft+ account on last game version (1.0.5), which is marked in CE as orp-tu3.v1.0.5864725, despite appropriate warning on this version, and after modifying the CT script in order to define ImmortalsFenyxRising_plus.exe+56DFB30 and removing broken signature at the end of the script.

I have tested this with every 4 ingredients needed to make potions, with all shards, Gold Amber as well as a few Coins of Charon.

Thank you very much for such very valuable script, which will permit for me to focus on history while enjoying all Fenyx powers.

Edit- Ok, I am stupid when it comes to these so just be patient, changing line 52 in the script to ImmortalsFenyxRising_plus.exe+56DFB30 did not seem to work for the giveitem script, though the person above me says it does, so I may be doing something wrong, but as said before, I am not a expert in this and despite using cheat engine for years I only really know the basics of simple scan.

Anxiety666
What is cheating?

Could someone create xlxs file for IMFR Items IDs like in AC threads (ACOrg, ACOdd, ACVlh) and update as much time it needs?
Top

atributes16 wrote: ↑
Mon Jan 04, 2021 2:51 pm
Could someone create xlxs file for IMFR Items IDs like in AC threads (ACOrg, ACOdd, ACVlh) and update as much time it needs?

Why don't you do it instead?
Top
Post Reply
165 posts