can you update for the newest game version your table is for 1.2 but the game is on 1.4

I am assuming here you're talking to me. Aside from seeing 1.0.4 in the table and no warning message box (cuz that's what it is), the table doesn't need modifications. I recommend you read what the message box says and reply asking for updates ONLY when something doesn't work.

Lastly, I will provide table updates as I see fit. Most of the times these updates will be exclusively for Patreon patrons. Take it as you like, I've explained 4 times already: it's not about money or some "blackmailing", it's about time and priorities. I'm wasting time making room for the game, downloading/re-installing it, checking what's not working, updating, etc. All the while you'd say I'm egotistical and "why aren't you doing it for free? others do", I'd say "well, others have their reasons not to value their own time"

Long story short: if future updates break the table, there are slim chances you will see updates posted here.
Top

Is it possible to make odins sight last longer? I mean the highlighted enemies, chests...
Top

does anyone know if it works to increase charisma?
Top

Try it out for yourself ffs
Top

If I use this, will it broke the mission? or get a duplicated or something?
Top

If I use this, will it broke the mission? or get a duplicated or something?


Do not know.
I did, but I have not yet arrived on these missions. Probably when you do, you will win the item again and have it duplicated.
Top

My table doesn't contain any inventory editor related crap. Please take all of it to the other topic. Thank you!

Will reopen this in a while.
Top

Hi, first of all thanks for this amazing feature.
The table has been working perfectly for a long time but since today (was working fine yesterday), I have this message when I load it as usual: "'aob_GetAltTabBool' not found", see below.
[Link]

jotabe wrote: ↑
Wed Dec 16, 2020 9:38 am
Hi, first of all thanks for this amazing feature.
The table has been working perfectly for a long time but since today (was working fine yesterday), I have this message when I load it as usual: "'aob_GetAltTabBool' not found", see below.
[Link]

As with all the tables, the update probably broke it.
Top

You can remove that section from the script by double clicking on it and in the viewer or just opening the cheat table in a compatible text editor remove the section and that'll then allow for activating the table sans this feature, so far nothing's gone wrong but you are removing one of the script bits so something in regards to this alt-tab function could be affected.


The bit between the --->>> things I added just getting that section out entirely but don't mess with the camera manager script just below it.
Other references to alt-tab also shows what this is utilized for but if you don't do this often while playing the game it's not a big difference and so far the rest of the features do seem to still be working.

I only did a quick check after the 1.1.0 update though nothing of the new content is actually live yet though the bug fixes and other improvements are welcome.
(A bunch of new skill videos were also added guessing that's for some upcoming content too.)


EDIT: Or calculating and finding the new AOB's as a possibility of course, Sunbeam made some really in-depth explanations and tutorials throughout the topics for Origins and Odyssey as to how much of these scripts worked and how they were made.
Top 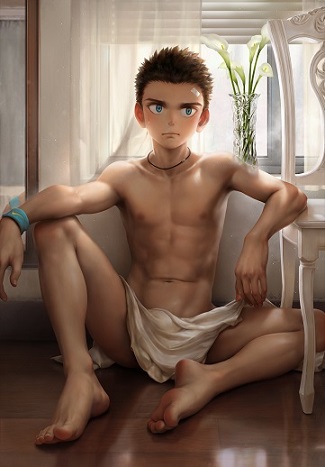 hi anyone having an issue that your raven will no longer fly down to your shoulder? it might be caused by enables god mode i think.
Top
Post Reply
333 posts