Here is my tables for "Crusader Kings III" version 1.2.2. The tables contain a script with the following features:

Please read the Table Extras or the information above. Pay special attention to [USAGE];

Note: The scripts use the CE command ASSERT and will not load if it is incompatible with the running game version.

P.S. Also, might I suggest to add a 'stress' option to the table? Shouldn't be a problem at all but might be useful (especially for those who don't like the new feature).
Top

Also it seems god mode don't work on attrition checks for red sculls. It does decrease army size by 100.

For an army there is a nice injection point:

This code is executed after attrition checks, monthly replenishment and battles.
Top

hello there master table creator sir
a very thanks once again to the legendary sifu ..master
Top

Is there any way to make your table work while this table is also working?

Actually... I've since restarted and only tried activating your table, and I'm unable to. This other table activates... What am I doing wrong?
Last edited by Sigan on Mon Sep 14, 2020 5:32 pm, edited 1 time in total.
Top 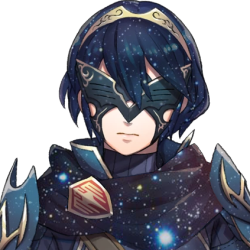 at last, thanks bro
Top

Changing date of birth also don't change age, for some reason.
Do you think it would be possible to work on the lifestyle xp? I'm fine doing it the right way for one, but it's annoying to do it everytime you change characters.
Top

You need to save and reload game to recalculate the value of age.
Top

You need to save and reload game to recalculate the value of age.

Hi all. I'm not sure it's a good idea, yet I'vde decicded to share my small changes to the table. I tried to make it clear it's not 'official' Recifense's table as much as possible.

The changes in the table are ugly and dirty hacks, so don't expect too much.

1. Stress for selected character.
2. 'view selected army' script form tfigment table.
3. A script to keep last selected army by point 2 at it's maximum on the field.

The last one is not a true god mode. Attrition and battle losses will have an effect on you. You may see it in the right upper corner and in the military tab. Yet as long as the army is raised and selected by tfigment's script the number of troops shall be restored (at least it does for me) to available maximum after replenishment, attrition check or a battle. You still may loose a battle if you don't enable Recifense's god mode.

Through attrition and especially 'red sculls' you may eventually decrease a number of available for you troops to zero! In that case if you dismiss the army there will be no army to raise. You have to either wait for a start of new month when replenishment give you at least some soldiers or try to refill army by existing option in Recifense's table.

Hint: if you don't want to wait while a raised army get it's full strength, split it in half (there is a special button for it on the interface) then select and join both armies back. You should get the maximum available troops in your army.

P.S. Don't forget to disable the last option before you dismiss your army.

for people that has steam, for god mode to work try using the no attrition mod from steam workshop and with this table it should work.
Top