no memory is allocated within any of these scripts besides injection copies for pointers.

Awesome table. Hopefully you can keep the table updated as the game keeps getting updates :)
Top

totalabyss wrote: Hopefully you can keep the table updated as the game keeps getting updates

Thanks for this. I will likely try this if i run into trouble in-game.
Top 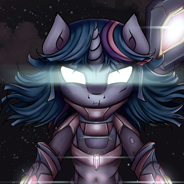 Gotta say, your tables have saved this game's enjoyability for me.

Being able to take my time and slip into the zen of shipbreaking after work... bliss.

TrevorLaneRay wrote: Being able to take my time and slip into the zen of shipbreaking after work... bliss.

that's nice to hear actually. hope you enjoy.
besides that, i have updated the table with profile values since some have suggested pointers to utility keys and all...
Last edited by happyTugs on Mon Jun 29, 2020 3:49 am, edited 5 times in total.
Top

Game updated to 0.1.2 about an hour ago. Could you update it?

guess someone can't read a 'ReadMe' since that still works.

tethers were still infinite, don't know what that's about.

table has been updated for 0.12
only updates made were
-inf. Equipment Durability
-inf. Health
-inf. Oxygen
-set Full Time
Last edited by happyTugs on Mon Jun 29, 2020 1:58 am, edited 7 times in total.
Top

guess someone can't read a 'ReadMe' since that still works.[/quote]

No reason to be a smart-ass. I read the read-me.

What you failed to put in the read me, since I'll be constructive, rather than sarcastic, is that the first Hab screen after loading your profile doesn't count. You have to go into the shipyard and then go back to hab for it to work.

[quote]tethers were still infinite, don't know what that's about.

table has been updated for 0.12

only updates made were

Dunno why tethers weren't infinite but timer was working fine for me, seeing as you updated it in this table.

Junkers80 wrote:No reason to be a smart-ass

Let me elaborate as to why I am responding to you like this, since I think you lack the basic capability to consider your own actions.

You already gave me some false information about tethers not working properly when this could have been avoided had you taken the time out of your day to test it a little further before deciding it's an issue.

Since you didn't do that, you dump your complaints here, carry on with your day, and let me deal with your problems.

Instead of doing something far more productive, I now have to waste my own time trying to figure out what could be causing your nonexistent issue; even now, I am wasting my own time explaining something that should be obvious to any rational, considerate human being.

And apparently, you aren't one of those people.

I have seen this happen in this forum so many times now that it fucking annoys me, since some fail to be at the very least thoughtful.


Junkers80 wrote: What you failed to put in the read me, since I'll be constructive, rather than sarcastic, is that the first Hab screen after loading your profile doesn't count. You have to go into the shipyard and then go back to hab for it to work.

I just tested that theory of yours; obviously, that isn't the case. Had you just waited just for a few seconds, the values would have loaded and we wouldn't be having this conversation.

anyhow, i could care less about what you call me; spout all the shit that you want to spout.
i am not usually like this and i would hate to get this thread closed.

so, pm me and we can resolve our differences there, since i don't think people like seeing a shitshow.

As Junkers as mentioned, the AI constantly mentions the health levels are low, and if you don't use that option, the AI constantly mentions the O2 levels are stabilizing, might be one after that, haven't gotten that far. Also wasn't able to enable the time option, but not hugely worried about it. If you get a chance to take a whack at it next time there is an update, great, if not, slightly less great, but still good. Thanks! Bug report finished.
Last edited by Sauce on Thu Jan 01, 1970 12:00 am, edited 1 time in total.
Top

again, what scripts did you have enabled at the time when the AI started giving warnings? when you get damaged, when you enable the script, or what?
does it eventually go away? if not, does it go away whenever you disable the relevant scripts?
if it isn't too much of an inconvenience for you, could you pm me a video whenever it occurs?
and most important to me, can you specify — in the most minute manner — what actions you took to get those results consistently?


Sauce wrote: Also wasn't able to enable the time option, but not hugely worried about it.

are you not able to activate it all, or does it activate but the timer doesn't change?

if it's the latter, can you specify where it injects along with the regular snippet of code that cheat engine provides on injection (please don't forgot to add the mono address if it's jit code or the module address)

if it's the former, is it because the aob isn't unique or does it display a different error message?

although inconvenient and tedious, time is displayed in seconds, so you can just search for it and freeze it in the meantime.

i would appreciate it if you provide me as much detail as you can (even if you think it's irrelevant), since none of what you have mentioned has happened to me so far.
perhaps, the issues could be stemming from the fact that the game is still in EA and was just released on steam 10 days ago. But, that would be a cheap excuse, would it not?

Here's a script you can add, it makes the game take anything in either processor or furnace. I hate how frustrating the barge can be especially after filling it up with everything from the ship. There always seems to be some part that flies off or something that explodes when I shove a new item down. It's also nice for not having to cut out pieces that belong in the processor to avoid losing the panels that belong in a furnace.

i modified your code a little bit so the assert isn't too long.
below is how it looks.

it could be shortened further with...

but who cares at that point, right?

i merged your script to main; named it 'deposit Items Anywhere'
thanks for the script!
Top
Post Reply
42 posts