NOTE: The bound key is not saved anywhere; once you exit the game and re-run, you will have to do the bind. I'll see if there's a way to permanently store it in the Users\<id>\Saved Games\id Software\DOOMEternal\base\DOOMEternalConfig.local file. Else, perhaps a larger sequence of commands bound to the same key? I'll see if the Unreal Engine trick works: using the "|" separator between commands.

This topic will be filled-up with some nice console goodies. Let's see what the developers left in before they will strip shit out (remember Youngblood; still have a debt to pay them there).


listCmds command returns 291 commands, while listCvars command returns 6685 CVars. You have below comprehensive lists of each:
To dump them I used the conDump console.txt command, which will take all in the console and dump it in console.txt file in your save folder (e.g.: C:\Users\SunBeam\Saved Games\id Software\DOOMEternal\base).

Note that although the game is not yet available to some at this point in time, the internal game version is "Mar 12 2020". Am assuming this is when they've compiled the build they've probably provided to the various game testers out there. You've already seen the swarm of review youtube videos or articles. Not to mention there already is a FAQ on Steam, by the developers, that already contains a bunch of stuff they already know they have to fix. So yeah, they must've tested this build

you know you're in for something good when SunBeam is on the job. Thanks for all the work you do!
Top

damn, that was fast. Any way to get the commands? Thanks!
Top

Updated first post. god and g_infiniteAmmo 1 should be enough for a decent play-through

Just so you don't go ruining the whole game.
Top

I play tested this early and saw the console was unlocked but locked in final retail. Amazing work as always Sunbeam, looks like the old commands like god still work just as well.
Top

Hyperion wrote: ↑
Thu Mar 19, 2020 11:51 pm
I play tested this early and saw the console was unlocked but locked in final retail. Amazing work as always Sunbeam, looks like the old commands like god still work just as well.

The console was there all along. Just like in the majority of games built with idTech engine. What isn't usually there - and I think this is by design done like that, when they compile the "Shipping" build - is the ability to use ALL commands/CVars. It's funny that idTech hasn't gone through the process of rethinking this. Or at least by default comment out the exec code the commands run.

Just like in any of the idTech games I've looked at in the past: restriction of commands/CVars + noclip/notarget exec missing. That's the default, I tell you

Be back with noclip & notarget in a lil' bit.

P.S.: noclip will defeat the purpose of figuring out how to get to the secrets

The commands i found till now that are helpful are:

God
Give (just type it in it will give you what you can do with it btw. you can type in basically anything)
giveAllMaxedOutWeapons
g_infiniteAmmo 1

edit: For anyone unwilling to slog though the endless commands
Top

I'll move up your post to second place when i get on PC.
Top

Where did you guys find "g_infiniteAmmo 1"? I'm trying to find something that gives praetor suit points and batteries, especially batteries as they unlock skins

OK, got noclip and notarget working 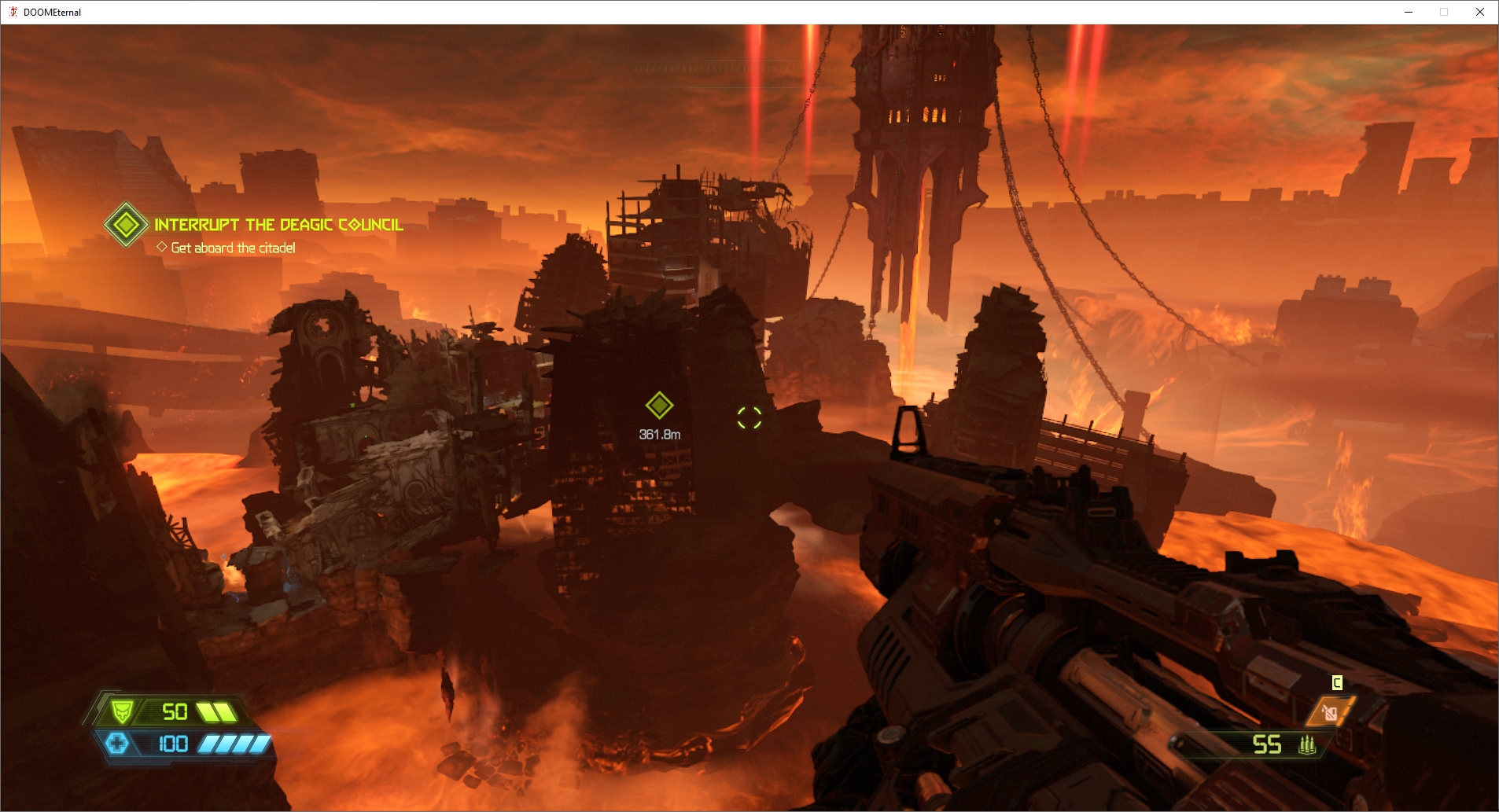 Ataru
What is cheating?

Has anyone figured out a command for Praetor Tokens, Sentinel Crystals, or Sentinel Batteries? The give command works for weapon mod points, but I can't seem to work out the other upgrade points.
Top
Post Reply
577 posts