"Those who have purchased the Gold Edition of Tom Clancy’s Ghost Recon Breakpoint will be able to enter Auroa starting October 1st, with Standard Edition owners joining the fray on October 4th. A detailed chart of all pre-load times and platforms can be found further down."

Though they also do discounts really quick (2 - 3 months and even at that point it might be half priced.) though if you're picking up several of their games at launch then yeah UPP does even out cost wise though it's 60$ every quarter or so I think it comes out at roughly.

You also get the Ultimate edition and if you end the subscription and pick up the regular edition these are two separate ID's and have different numbers so there's a chance the save data is incompatible even if you manually move the files and try to force it so that's something to be aware of too including future games like say Watch_Dogs 3 I think is coming out next for their bigger lineup of games for 2019 - 2020 as I recall?

EDIT: Although for the entire Ubisoft library of games and those who do pick up and play multiple games it's a decent service I suppose although there is a recurring cost but there's no tiers of access or anything and since it's recently launched they're going all out with promoting it and offering various benefits.
Top

Ok, I've managed to bypass the BE with a tool from a mysterious origin, but the game crashes when I tried to gather intel with this table. Any advice?
Top

Remember I will share my method to get past it when the official is up on the 4th.
Top

Same as in the beta here, just edit the bat file and it doesn't do anything and the game still boots up and connects, now to see what happens if anything from tampering with data but if it's on BattlEye I don't expect it to do much of anything until later patches possibly changes the various ways to not use BattlEye which since the preload data wasn't updated since the open beta began even though it is a newer game build than that version there might already be one patch coming out fairly soon depending on how old this preload data is.

Oh and it uses the same path as the open and closed beta did so it can build and download from that if still installed but the devs for some reason of unknown origin of questionable decisions or something renamed one of the files to DataPC_Resources.forge so if you have the other DataPC_ TGT something also 17 GB forge file remove that or the game might try to load the older one too and it crashes.

(Can sort files by date and see that it retains the older file date though a few other files are used but weren't updated and thus went through unmodified as well whereas that one file needs to go.)

EDIT: So for now there's tampering with the install command, killing the service and otherwise unload or stop it from actively working and probably some other less known means unlike EAC (Wildlands and others.) which was more tied into this process though for compatibility with other software (Offline mode when?) it's nice to have the means to skip on the anti-cheat. (Cave of Everyone would be less slow loading too if it could be Friends Only or offline mode but eh they're trying to be all forcibly social and hub like with the place I guess.)
Top


Sorry but it's from CH origin, so no I won't share it here...Sorry
Top 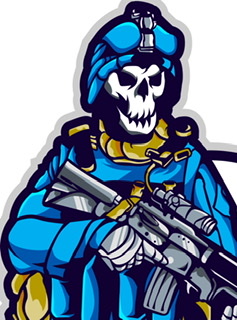 Played it for about 2 hrs now and it looks great

Only hope they can‘t patch the battleeye bypass or is this not needed for playing the campaign offline?

But it think so because he said release of table and bypass will be available at 04.10.2019 so for the plus table the creator(s) have 3 days left to create the table


Sorry but it's from CH origin, so no I won't share it here...Sorry

That answered my question

Yes, CH is not allowed on FRF.

Played it for about 2 hrs now and it looks great

Will do. Friday's the day

I really see no reason to rush at it for this title. I got my kicks out of the Beta; just replicating that to the Official release isn't something I can't wait to do

Heres hoping there is some kind of inventory editor in the future. Hate the battle pass BS.
Top

I was wondering if you can implement a value that makes you stay on your bike no matter what. Such as "Can't Fall Off Bike" even when you run into a tree etc. I would love to explore the entire map riding a bike, that would be so fun! Thanks again!
Top
Post Reply
56 posts