Thanks for the table!
Top

Thanks for this! hopefully you can make a table for FF1 and 3 too thanks!
Top

This is extremely helpful, many thanks! Final Fantasy II is always such an odd game to play, the safety net is appreciated.
Top

bushwalker
What is cheating?

Thanks for this. Is it difficult to add multipliers? I and III have them, but not this one.
Top

For Experience Multipliers it's a bit more difficult and involved a lot more work because FF2 doesn't have a character level progression system like 1 and 2, etc. Characters don't level up like in the rest of the series. Instead, characters level their skills and stats individually. Stats (strength, intellegence, etc.) are increased by using skills associated with those stats. for example, intelligence is increased by casting Black Magic spells, and Strength is increased by attacking with melee weapons. Weapon skills level up by using those skills, so Swards skill improves the more you attack with swords, etc. HP is leveled by how much damage you take (although I read in the PR version that HP increases after any battle) and MP is increased by casting spells. As you can see, finding multiplier hacks for this game is a lot more difficult.
Top

Just a quick question here, how hard would it be to hack a cheat to get every item in these final fantasy 1 thru 3 pixel remasters games
Top 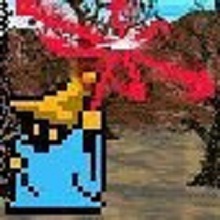 <<Error while scanning for AOB's: itemNeverLessIndex Error: Not all results found>>
Top

<<Error while scanning for AOB's: itemNeverLessIndex Error: Not all results found>>

I fixed it. Thanks for letting me know.
Top

Thank you fixing that. I tried to look around but I am still very much a noob at game coding/hacking.
Top

Great job！！thanks to the publisher, solved the player’s problem
Top

bushwalker
What is cheating?