Can you update this table, please? The other one don't have the drop rate mod, and the fearlessrevolution trainer have the rates too high!

I've tried three ways to mess with it.

A - Relics that grant luck.
B - The luck Guardian stat.
While I have been able to find values relating to both of these, raising them doesn't seem to do much, so I came to the conclusion that these are capped. The fact that 9999 guardian tokens grants the same bonuses as 120 seems to verify that the Guardian stat at least is capped.

C - Making assumptions about which items have higher or lower values than others, and searching after loot is generated.

There's multiple problems with the last method though.
After theorizing this stuff, I started targeting primarily those upright/tall lockers and trying to map out what sort of things I got. They can drop pretty much anything (saw a screenshot of a legendary in one) and they only drop one thing at a time. I killed some enemies too and only searched if I found something notable (like a blue gun when the last drop was a white). I managed to find some info that would change when loot was generated, and I found some related code (that worked on a modified value) and started mapping things out.

I focused on the code instead of the orignal data...
- So I could set a breakpoint on it and easily watch the registers and use shortcut keys and such (since it would change rapidly when generating actual gear or more than one item).
- Because the function seems to mainly use rdp and rsp and I'm scared of touching/hooking those.

This is the code I found (first opcode, eax's value is the important part to override)...

Unfortunately I don't have notes on how I got here. I wrote down some info but it seems I copied it to move somewhere and then overwrite my clipboard with ShareX's screenshot function (for the images lower in this post). Whoops. So I really hope this doesn't break next patch.

Anyways I was able to watch the modified values, but they didn't seem to really map out like I expected them to. I was hoping to find some sort of range of values for rarities like the slots in BL2, instead it just seemed to be two hex bytes of randomness. 2817 would be ammo, 3E1F would be health, but then 028E and 6259 would both be ammo...

Frustrated, I decided to see if the value was actually involved or not at all so I'd know if I was wasting my time on it, so I used "change register at this location" to lock it to set values and see what happened.

Well, it certainly did something!

So I started killing Traunt a lot (he has no phasing) to figure out which values would make which types of rarities. (If the value was set too high, ammo boxes no longer generated anything. That was a quick way to see if drops would work or not.)

This seemed great! Whoo hoo, I found it!
Then I started looking at the actual loot and noticed some problems... 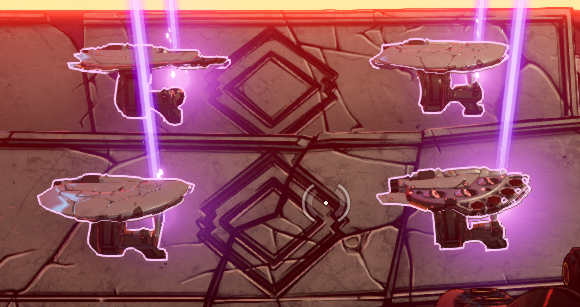 The RNG-ish function-like-thing seems to run multiple times when it comes to gear generation, and uses the successive numbers to determine which type of gear and such to generate. So if I override it to a value that grants legendaries (like 7C00), they'll all be mods/relics and SMGs, nothing else. Overriding it to 4000 gets blues that always seem to be shotguns and mods/relics. Chests would generate the same core items from the same manufacturers (with part differences).

(Also doesn't help that the list I made only applies to Traunt. Using the same values on Troy results in mostly purples with a legendary.)

Now the thing is, I did not want to go and fiddle around way earlier in the function (or the call) and make a bunch of conditionals based on item format info (that I don't even know to begin with) to make it only change the desired rarity. I noticed that r11 and r12 seem to have some sort of counters or info when something more complex than ammo is being made, so I decided to make the script check to see if those were equal or above some value (fiddling around) and skip the modification if so.

It took a lot of guessing and testing before I found a comparison that actually did what I wanted.

That finally did it, I started getting a good variety of gear from Traunt. Snipers, pistols, shotguns, grenades... I finally did it, yay! Only took... uh... too much of my sanity.

Anyways I was thinking that the other possibility could be that the 2 bytes of hex I've been dealing with is actually a bitfield or something like that, and I could edit parts of the value individually but that sounds like 2 much math 4 me, so I'm glad that making it skip the override on some of the rolls did it.

Now the downside is this was so much work that I don't want to do it again if it breaks beyond more than a small sig update. I've see how golden keys changed structure formats before, so who knows what future patches could do to this...

hi sorry, i know this is really late but i have this issue still and i downloaded the table recently, how can i fix it?
Top 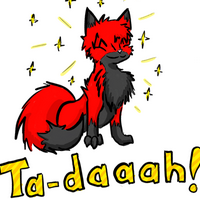 - Fixed the newer loot rarity option.
- Remade the loot anoint script, uses the same value system as the rarity one now (hex/decimal values instead of float). Various things relating to anointments have changed since the last time I played so you'll have to find your own values for good stuff.
- Rebuilt a few minor scripts due to code changes.
- Updated a few comments to have a little more info for people who want to update or tweak them in the future.

- Removed duplicate scripts, keeping the versions that (reportedly) work on both Steam and Epic.
- Removed the Event Stats Code because there's no event going on right now so I can't really fix it. It doesn't actually do anything by itself anyways, it was a target for debugging/testing.
Top

- Fixed the currency script, whoops.
- Added the modifier set to the mayhem level script so you can choose which modifiers you want (that are possible in that level). Added a comment "script" listing the values I mapped out and a few notes.
- Reworded stuff in advanced/debug scripts so users know they're not meant to be usable cheats.
- Added a debug script to find code that reads your skill ranks (useful if you want to manually spec them to abnormal values).
Top

Hi, is it possible to add a "unlimited ammo" to the table? sunbeam and STN's tables are out of date and mostly do not work anymore. STN's table has "no reload" but that just uses up your ammo capacity which isn't what i want, I know you can edit the ammo in the table but i don't want to keep fiddling with the ammo stuff just so I don't run out of ammo. thanks
Top

I've searched for ammo in the mag numerous times (including a few days ago with new ideas) but can't find a usable form of it. Unsure how it's stored (and unknown scans on BL3 kill my PC). Could open the character stats and check the ammo to freeze it at least.
Top

Rydian wrote: ↑
Thu May 13, 2021 3:05 am
I've searched for ammo in the mag numerous times (including a few days ago with new ideas) but can't find a usable form of it. Unsure how it's stored (and unknown scans on BL3 kill my PC). Could open the character stats and check the ammo to freeze it at least.

oh ok i didn't know you have been searching for ammo stuff, I'll freeze the ammo for now until you find the data for where the ammo is stored