Can help with multilevel pointers find?

Hi, I think the problem you're encountering with the hit points in this particular game is specific to the game itself.

I'm not really good at all this myself, but I have used pointer scans and AOB Code Injections methods to make pointers and scripts which act as pointers in many games before with success. I've been playing with this game for the past 4 days, and it's been incredible frustrating and unsuccessful for hit points. The best I could do is for status effects granted by items, but they keep resetting every map change, and merely when looking at the "Stickers" screen.

To be specific, I'm running "The_Swords_of_Dittov1.14.01-202". All the codes that read/write to the hit points memory location are utilized by many other memory addresses, so AOB code injection won't work to my understanding. I've pointer scanned using 3 maps, Offset 2047 Level 5 fails to find any results. I then tried Offset 9047 Level 4, got a lot of results but none of them stayed when the game was restarted. Same thing with Offset 5047 Level 5 scan, and Offset 2047 Level 6 scan.

Maybe I'm using the scans inefficiently, but to my understanding increasing the offset and levels should reveal trickier pointers that are common in all three maps I was using (it has before). My total guess (as I said, I'm not very good at this myself) is that there's nothing in common with the three maps. That the game does something weird for hit points and how it stores it in memory, like it's different every time.

So if you're using this game to learn code injection method or pointer scanning, this might not be the best game to learn on.
Top

I chose this game thinking it would be an easy one.

You can have an eye, but it seems that your experience has also been crazy.

Good job and Thank you very much for sharing your work. Garrett Dark

Add la info of the table from him:

What you think about?
Top

But you need to get hit every time you change the map or restart the game before you can locate the pointer. AOB dont work. Need put bytes on scan.

I have 2 questions:
1-I have obtained the line of bytes, which if placed in the search engine (after receiving a hit), gives the pointer of life. (While you are in that map or game)
But adding it to an AOB, it does not locate it.
How can i solve this?

2-How could you solve the issue that they have to hit you to be able to look for the pointer?

Can you giev a hand with that?
Thank you very much to all.
Top

What i need do next? compare the hundreds of addresses that come out?
In the tutorial Step 9 only 4 and it is easy to find the differences, more or less ....
If i compare the 3 address that have 1 counter, really dont know what i am looking for...

In the tutorial on step 9,(I recommend watching a video) it will have you build data structs from each player and then look at the code to find a constant to cmp. In the tutorial it ended up being really simple if I remember it was just a switch 01 represented first player or something. then just did a
cmp Me, 1
jne End

just an easy cmp. But you can compare the stucts and usually find many things that are unique to the player.
And any of these will do just fine.

I am almost sure Tim is correct and this is a shared instruction that acts on the health of all players. Without a cmp it won't work right. You could just test it by nopping the instruction and seeing if it allows enemy health to drop.

I can't afford to buy any games atm, so all I can do.
Top

Thx very much for help Twistedself . i will try this.
Top 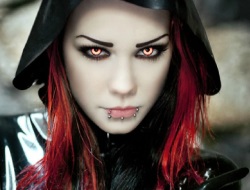 I've updated to 1.16.01.202 ..now, i have an incredible lag in the game while trying to find the enemies health.Making compares is easy.There's 4 nops for it by the way, so for a full injection script or aob, those from bellow will be added in the newmem, i'll give some example :

What to add in esi+...? Well that's the thing, when i want to see what's the thing, it adds an insane amount of values, the only static value is the double value from the health address, the other values change with an insane speed and duplicate fast.Try and let me know if it's only on me, if so, i'll change this CE version (using 6.8.3).

So, in that esi+... you need to add only some offset, no address though, like 32 or whatever it will be, you need to find a difference on the same line, example with 3 enemies and you (4 in total), meaning you in a single group and the rest in a different group:

Something like that, the values on the left are your life (3/1/100), so you add the offset from left.

Here's an example with a movsd, how i deal with them and worked for me...this code works for others , for all double values, in here it crashed the thing, no error no nothing, so this code is the real thing, not for this though.

Other way i do them and i repeat it works for others, the code is good, not in here, perhaps it will help you or help others who will encounter for example :
These are double values by the way, the worst thing ever!


You can use it even for dword, add instead of q add d, meaning dword.That was an example, this is for those when your life isn't shared, so you don't need to do any compares and instead add those simple codes and it will work.

After all this, if i won't experience that lag while trying to see the enemies health, again, i'll do it, so far no luck!If you're lucky without any lag, post a screen with them , with that dissect.Also the health will be near 0, since the offset is 0, so enemies will have their health around that number, look for differences.