How do I find a value which I can't see ingame?

How do I find a value which I can't see ingame?

this is my first time seriously working with CE. I have been using CE for a few months now, but until now I never actually did anything myself. Now however, I have run into an issue no premade table can solve, so I'll have to do it myself.

My problem is the following:

I am currently using a table for One Piece Pirate Warriors 3, and I want to increase my attack stat to the point where I just barely instakill all of the small enemies, to still have somewhat challenging boss battles. The table I am using only has an option to set ALL enemy health to 1, which is not what I want. Now here's the deal, there is an invisible stat cap which only applies once you actually start a fight. For example, health is capped at 10k, so any stats above that are pointless. However, the table has a seperate option to change your health after a battle starts, which allows you to circumvent the cap.

Now here is what I want to do:

I wish to add the same option, but for attack (and maybe defense). The problem here is that a.) I have no idea what the stat cap for those stats is and b.) I can't see the defense and attack stats during a match.

My method so far has been the following:

1. Set the attack stat to a "normal" level which is guaranteed to be below the cap, like 300
2. Equip a skill which raises my attack stat for every 500 kills in a match
3. Start a match and search for all values that are equal to the attack stat I entered, so 300 in this example
4. Get 500 kills, then search for "Increased Values"
5. Repeat 4. until there are only a handful of values left
6. Remove all values which are too high to make sense
7. Change all remaining values one by one to see if the damage I deal increases
8. Pray that the game doesn't crash during 7.

I have repeated those steps over and over again for two hours straight now, but to no avail.

Any ideas from the experienced people here? Am I missing something about how the game calculates damage? Maybe the skill does not change the base attack stat and is a seperate multiplier or something like that?

Any ideas from the experienced people here? Am I missing something about how the game calculates damage? Maybe the skill does not change the base attack stat and is a seperate multiplier or something like that?

In most game, there will be a multiplier variable that is different from base stats.

So, how do you do all that?
- Finish CE Tutorial
- Go to CE Wiki - cover lots of stuff
- Anything extra should be google/youtube
- If anything, this guy video sort of explaining what I wrote above. https://www.youtube.com/watch?v=hfWOAFsYnFA

That's the gist of it
Top

I found the current health like you said and from there searched for the attack stat value, sadly to no avail. Most of the values are 0 and all others are either too low or too high to make any sense. For now I'll message the table's creator and ask for their help and watch some more tutorials in the meantime. Thanks for your help anyway.
Top

Judging from Shinkansen's cheat table of the game that you mentioned, Exp, Hp, Attack, Defense, Levels, and Special Attack are 60+ above offset in the same area. Even if there's an update, most likely all of those will still be somewhere there. You probably didn't change the type to 2 bytes and saw some high number or you didn't even look that far at 60+ offset. 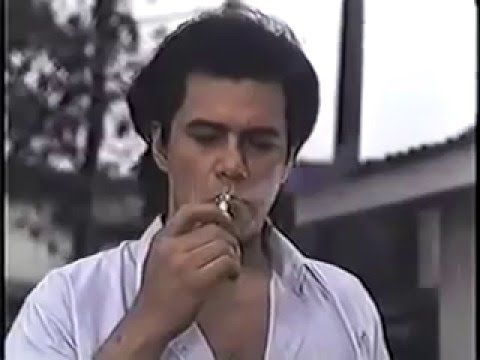 Unknown Initial value on 4 bytes (even if it is float)
When the value change, use change value
When it's unchange then, use unchange
Repeat until you found a fiew address to tinker with

Tried it on Battlefront 2 classic for finding the ammo
And value is (float)!.0 if it get 50 in the rifile then minus 1 ammo is (float)49/50
Using ranges is very tricky at this one
But definitely it's the best way to find unknown values
even if it is encrypted
Top
Post Reply
5 posts • Page 1 of 1