by SunBeam
Hello everyone,

Having pre-ordered the game I now have access to the Beta. This will end on the 8th of September, starting today. 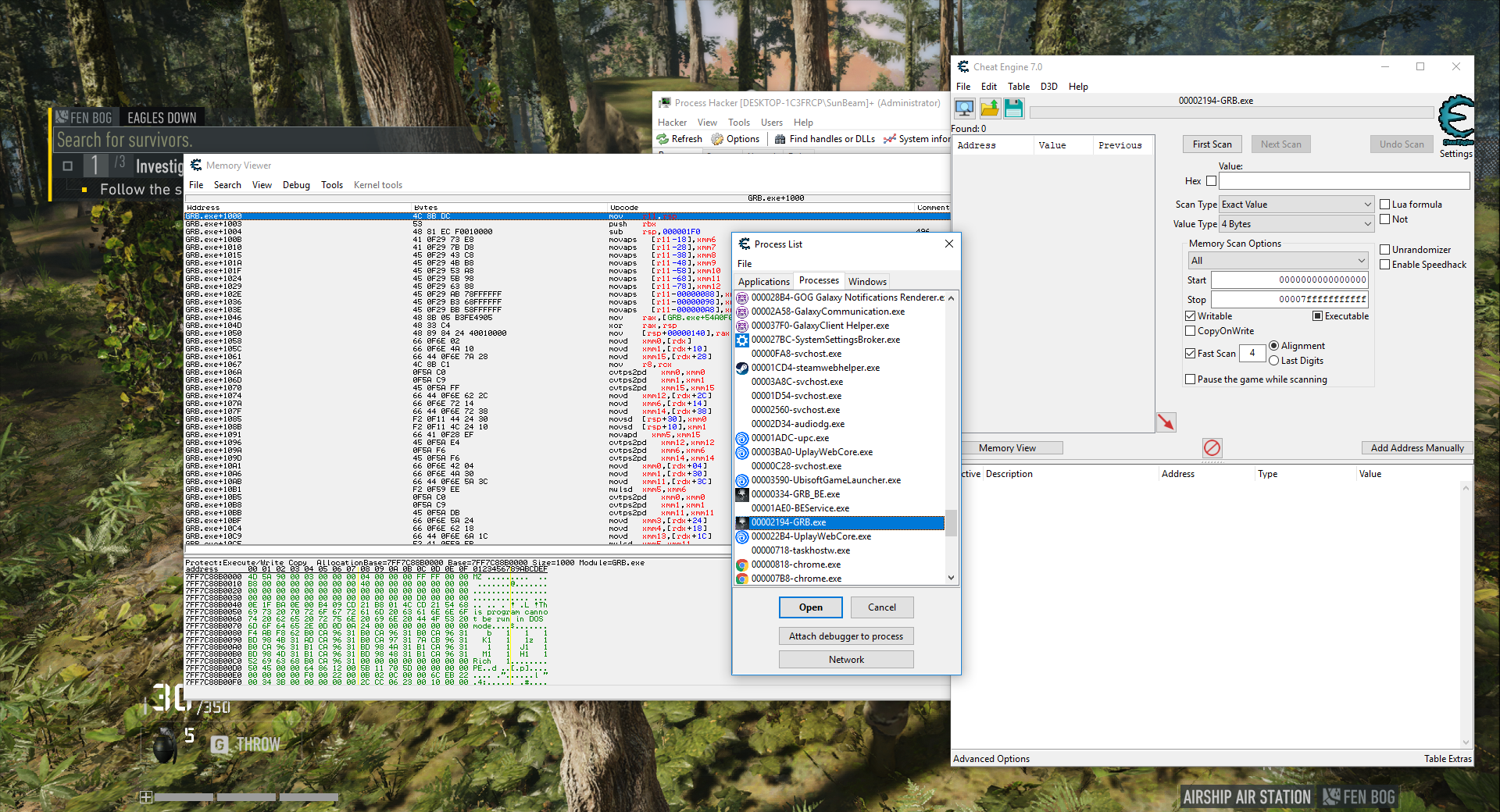 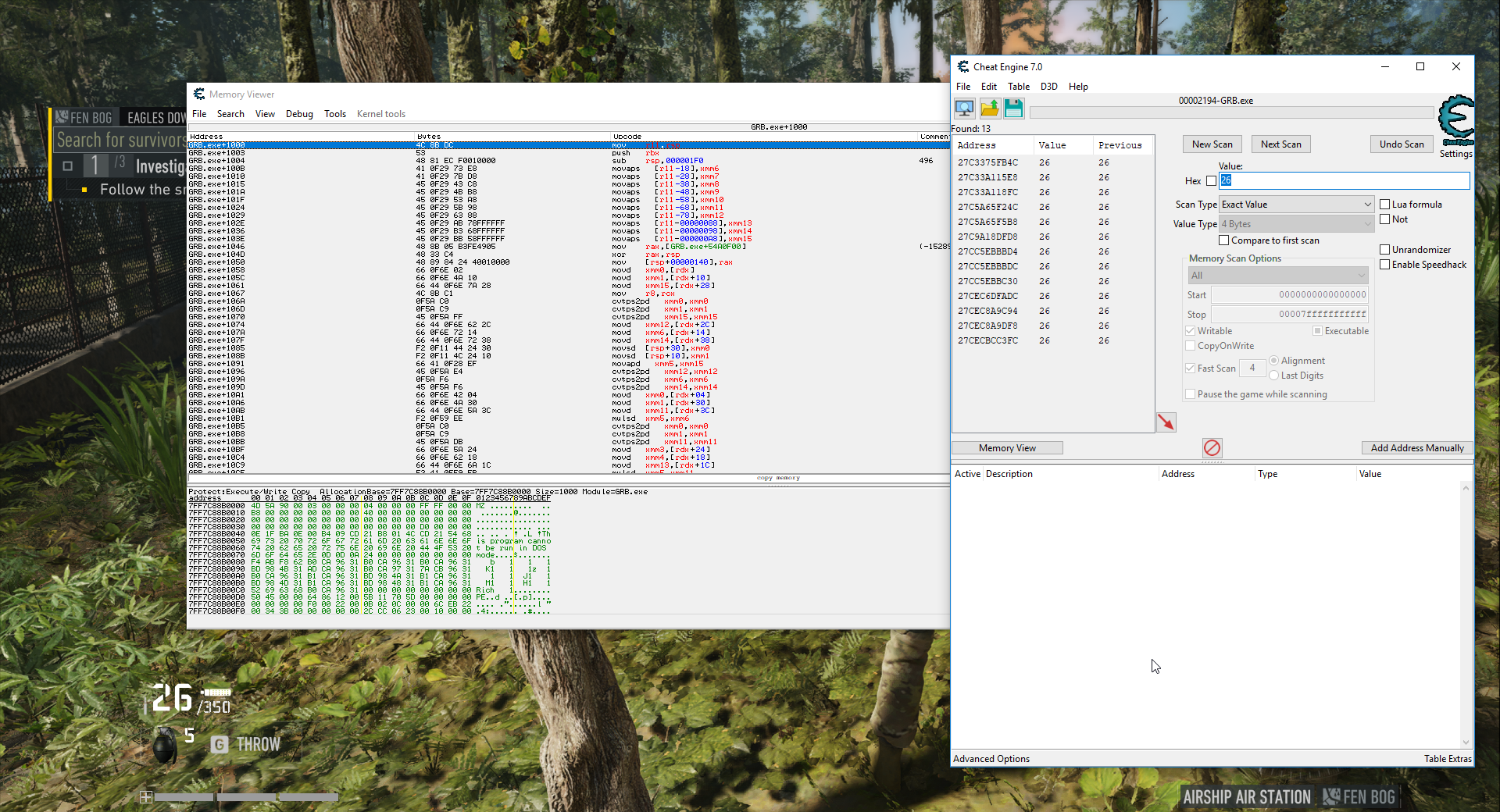 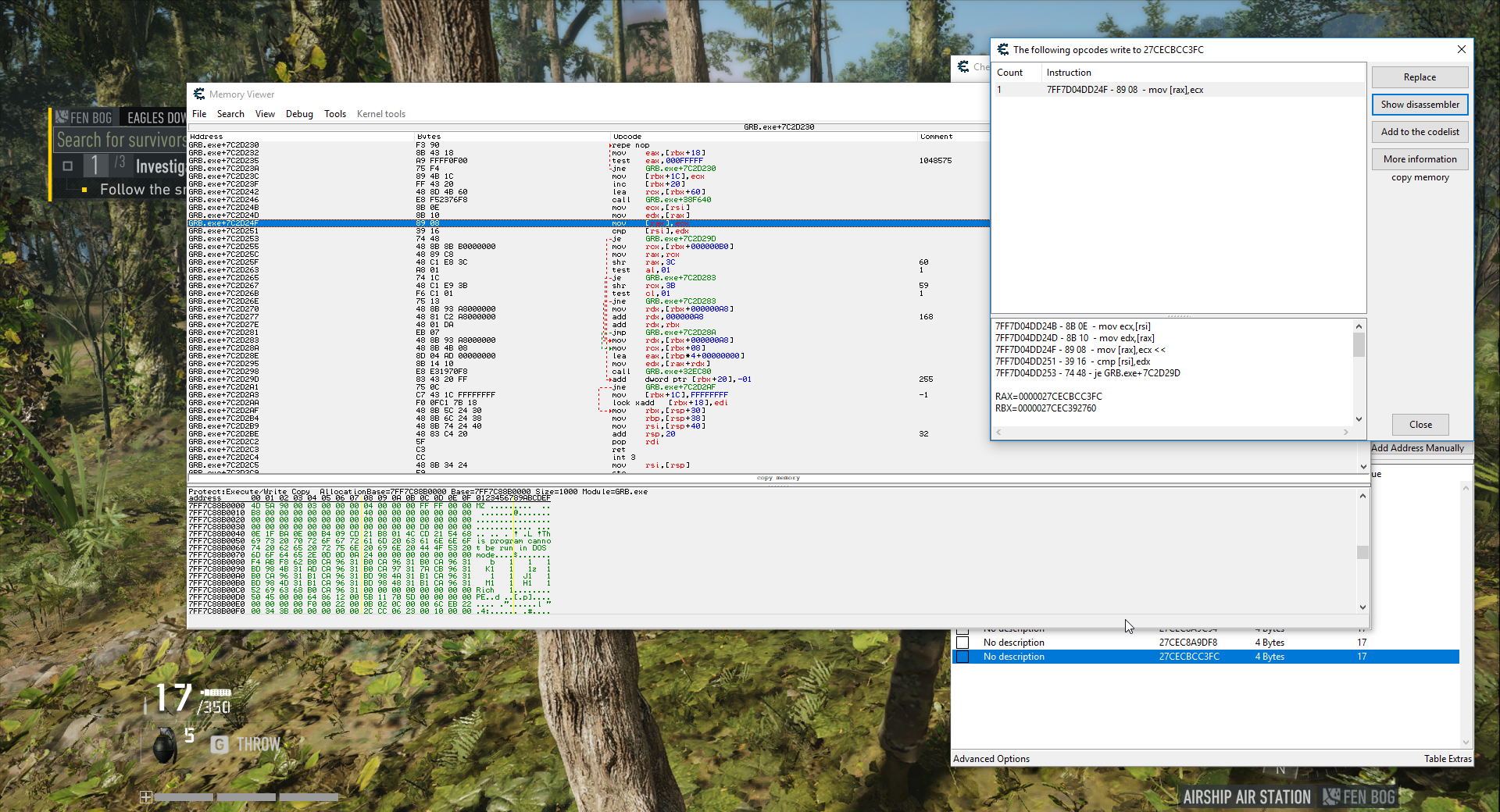 That's it for now

I can open the breakpoint process in cheatengine, but i don't understand the next steps Scanning (RPM,WPM)
and Debugging. Could you explain it to me in a few steps ?

Is it possible to open the GRB.exe in an HexEditor and create a custom .exe to bypass Battleye ? Breakpoint has no Denuvo DRM !

Or could you upload a dll or anything like that ? (In Wildlands it was an EasyAntiCheat_x64.dll)

I want to use reshade and vorpx vr driver, i don't need a trainer !

by sebastianyyz
So, this game uses the same engine of Wildlands?

by VR-Cyber
I dont't know if we could use the same table.

by SunBeam
You're talking about too many things at the same time. With this amount of random stuff, you won't understand crap. The game has BattlEye, not EasyAntiCheat anymore, so no, no 'EasyAntiCheat_x64.dll'. RPM = ReadProcessMemory; WPM = WriteProcessMemory. Since BattlEye is always on, you cannot OpenProcess. And not the "Cheat Engine > select GRB.exe" kind of open process.. but actually having access to the game process. You will see only "??". Like I said, it's not the time to release anything, as beta ends in 2 days. I'll keep this - if it will still work - for the time when the game's finally released.

by sebastianyyz
I haven't pre ordered the game but I was able to pleay the beta. Lucky me?
All times are UTC
Page 1 of 1
Powered by phpBB® Forum Software © phpBB Limited
https://www.phpbb.com/