Status
Not open for further replies.

Everything you need to know about Assassin's Creed Unity. Learn more about Arno and experience the French Revolution as never before.

Given the high demand for this table to get updated, here you go. Revamped + an integrity check bypass - - thread-kill version - - based on the video tutorial and discussions in this article: https://fearlessrevolution.com/threads/9605/.

The table is designed for the current UPlay (don't have UPlay Plus, so don't ask) version 1.5.0. I understand that not everyone around here is playing this version, which sucks, but that's life. Know by the means of this post that it's the user's job to adapt to the table or trainer he wants to use, rather than complain it's not working for *his* version (yeah, *hers* too). Please don't request making it compatible with "your version"; just so it's said and known up-front.


Code:
As you can read from above, the binary was last compiled in 2015. I understand you will look at your ACU.exe and see it was 'last modified' when you downloaded it. However, if you open up the executable in a PE editor (e.g.: CFF Explorer) you will see this in the File Header field:

If you copy that DWORD, then open up Calculator and convert hex to decimal, you would get this: 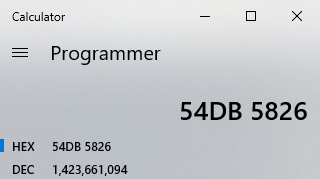 And lastly, if you go to this site: https://www.unixtimestamp.com/index.php and type in the decimal above for conversion, you will get this: 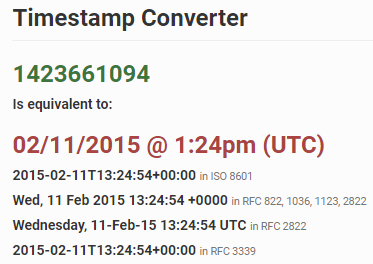 And that's how you find out a file's timestamp. Hope you learned something out of this.

Now.. that being said, statements like "the recent UPlay update" should not exist in your vocabulary. The game hasn't been updated since 2015. That doesn't mean Ubisoft might not pull a fast one like they did with Syndicate, removing "the DRM", as you people seem to call VMProtect. Yeah, I insist it's called by its name, because if you look-up DRM vs. VMProtect on google, you will get better results and leads to approach the protection (cuz that's what it is) than learning what DRM means (and that's all you'll learn).

If you have any other problems with CE or the table, apart from "script not working", please try the below:

Emphasis on the word 'try'. Don't say I forced you to do so and now, because of this, your PC is fucked. I won't tolerate such an attitude, especially from clueless people who don't plan on getting documented what the above mean or do, but quickly jump to the conclusion that, considering either of the above is the last thing they did, then that surely is the cause for their PC not working fine now T_T.

Lastly, if you think my post is condescending and/or rude, you can bite me It means you really don't care much for anything explained above; just download the table and be done with it. Talks about how I write, how I behave, how that might be perceived and all that e-psychology-101 bullshit don't bring any value to either you or me.

P.S.: Yes, table is not yet posted. Review in progress.

Status
Not open for further replies.